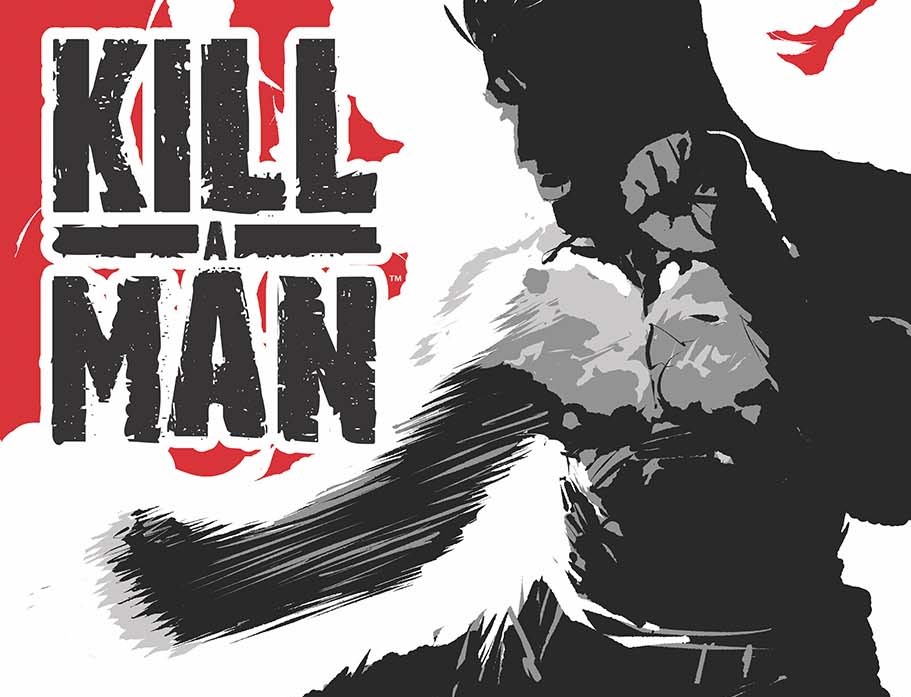 Kill a Man is, on its surface, a sports story: a graphic novel centered on the journey of a queer MMA fighter and his unlikely coach. Writers Phillip Kennedy Johnson and Steve Orlando have talked about how Kill a Man evokes the sentiment of iconic sports dramas such as the Rocky saga and Karate Kid. However, this graphic novel goes far beyond the standard boundaries of the genre. Kill a Man offers a critical exploration into the role of sport in the reproduction of gendered social discourse. It insightfully follows the story of a gay man in a hyper-masculine institution, unveiling how queerness is experienced in a space hostile to its existence. Moreover, its plot does not put the lives of white gay men at its forefront, instead offering a plot led by queer Black and brown men.

Kill a Man follows the story of James Bellyi, a middleweight MMA competitor who is outed as gay by his rival before their championship fight. The narrative naturally draws attention to themes of masculinity and homophobia in sport, and how they are subsequently weaponized in competition. Orlando and Johnson draw attention to the fact that in this sport, jabs at male “integrity” are used against opponents just as much as physical violence. Indeed, the opening of Kill a Man, a flashback to the 1990s, presents what happens when these practices of competition go up against each other. Rampant homophobia is directed at a gay fighter, Xavier Mayne, and is very quickly met with unrestrained physical aggression. As the scene plays out, it is made very clear that there is more than sport at play. Mayne’s contest, in this case, is simply part of a larger struggle against a homophobic social goliath.

From the introduction, the novel goes forward to the present day to tell Bellyi’s tale. One of the most interesting aspects of Kill a Man is how it actively inspects the experiences of Mayne in the ’80s in contrast to Bellyi’s in the 21st century. It is made quite clear that much of the homophobic sentiment remains; however, the difference between the two points in time is punctuated by institutional performativity. Whilst the hate towards Mayne is accepted and normalized by the Extreme Fighting Championship (EFC), in Bellyi’s case, it is formally denied. Orlando and Johnson do well to comment on how homophobia remains embedded in key social organizations, despite any public declarations made against it. Much of Bellyi’s story is centered around going up against an institution that denies the very existence of the abuse directed at him.

It is Bellyi’s journey as a gay man in this environment, along with those of the queer men around him, that makes Kill a Man such an emotional masterpiece. Each narrative is unique and believable. It would have been very easy to place each character into a queer trope and gone in a simplistic narrative direction. Orlando and Johnson, however, create a detailed plot that pays attention to the nuances of lived queer masculinity. The anger that both Bellyi and Mayne feel towards their respective injustice is treated with respect and recognition by the script.

Kill a Man is lifted into a sense of religiosity with the art and colors of Al Morgan. Panels feel like stained glass windows, stadiums are depicted like churches, and moments of glory come across as sacrosanct. Morgan’s art reminds the reader of the similarities shared by sport and the church — how both are stages for the human condition. Bellyi’s arc can indeed be perceived as biblical. As he tries to triumph over evil, he must address his own moral boundaries and the limits of his character. Morgan very much draws attention to this narrative dimension through his artistic choices.

Orlando, Johnson, and Morgan have created something exceptional in Kill a Man, a graphic novel that beautifully addresses themes of masculinity and queerness in a perfectly executed sports drama. With a highly emotional script and magnificent art, Kill a Man is one of the best stories to come out of the genre in years.

‘Kill a Man’ review
Kill a Man
Orlando, Johnson, and Morgan have created something exceptional in Kill a Man, a graphic novel that beautifully addresses themes of masculinity and queerness in a perfectly executed sports drama. With a highly emotional script and magnificent art, Kill a Man is one of the best stories to come out of the genre in years.
Reader Rating3 Votes
9.7
A nuanced and respectful exploration into the lives of queer men
A critical look into masculinity and its role in sport
Sublime art that borders on religious
10
Fantastic
Buy Now
Comixology/Amazon

In this article:Aftershock, Kill a Man
Up Next:

Dennis Hopeless on building the world of ‘X-O Manowar’