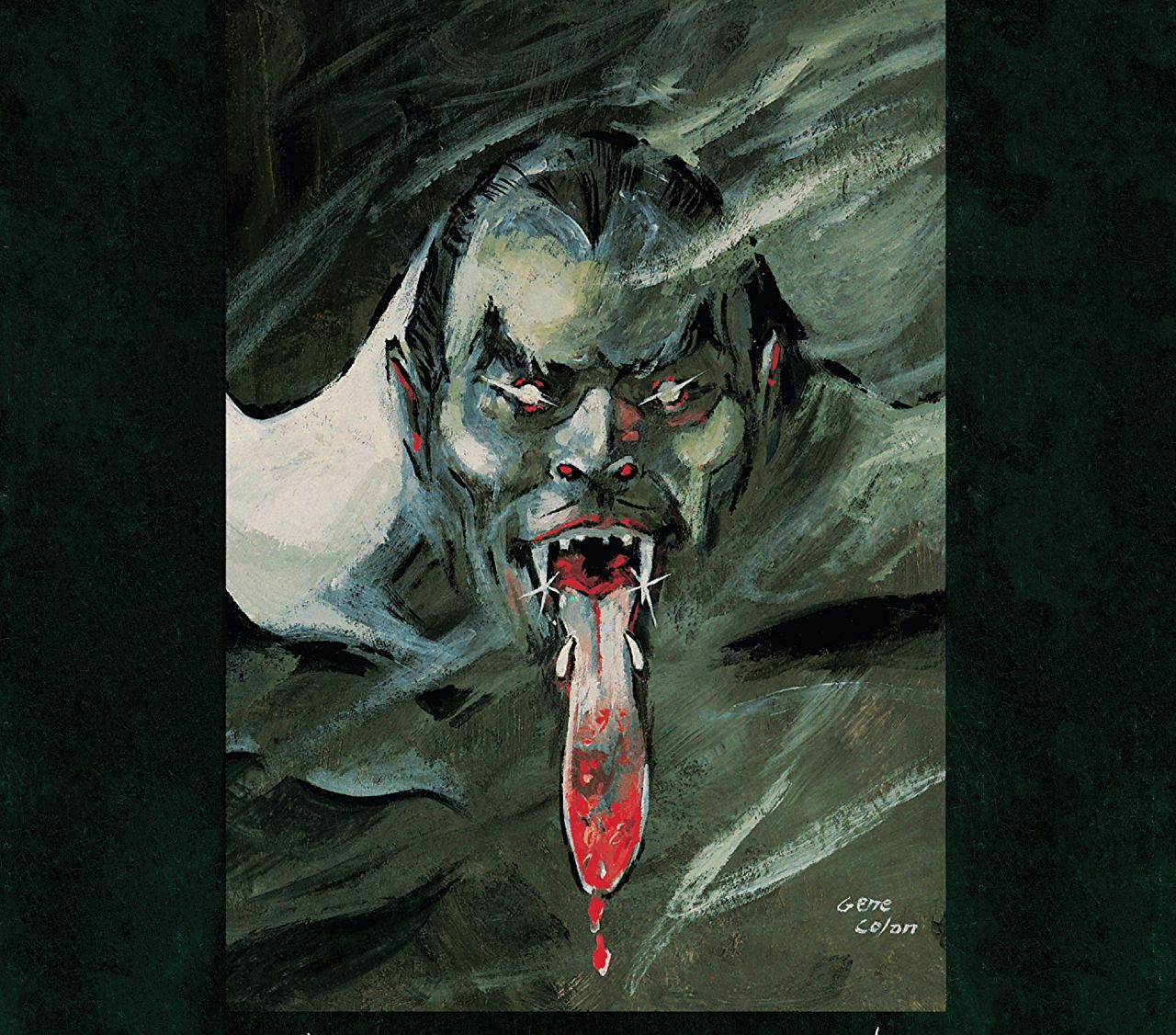 It’s easy to forget, but Dracula is an actual character in the Marvel universe. He’s tangled with the Avengers of late, but in the early 90s Marv Wolfman and Gene Colan were helping to introduce him to a modern world. This week Marvel Comics has released The Tomb of Dracula in celebration of Marvel’s 80th anniversary. In it, fans can find Blade, a new take on consuming spirits, and a Dracula who is perplexed by CD-ROM. Yep, the modern world is a scary place for Dracula!

Supernatural dream team Marv Wolfman, Gene Colan and Al Williamson reopen the Tomb of Dracula in this prestige-format series for Marvel’s Epic imprint – collected for the first time! Dracula is dead…but his last living descendant, Frank Drake, is being manipulated by a shadowy occult investigator – who plans to revive the lord of the vampires! But when Dracula comes roaring back to life, can Blade the Vampire Hunter be far behind? The vampire king is once again free to stalk the earth, but the world has changed much in his absence. As Dracula targets Frank’s wife Marlene and concocts a gruesome scheme to obtain power via human sacrifice, can Drake, Blade and their ragtag band return him to his eternal grave? Experience Dracula’s terrifying return in this lavishly illustrated tale of horror!

If you’re looking for visceral horror this is the book for you. The art by Colan with inks by Al Williamson are dream-like, bizarre, and gory as hell. It’s good horror visuals. Oh, and this features a very early version of Blade well worth a look.

Yo, he badass.
Credit: Marvel Comics

This is a wild ride of a story written by Marv Wolfman. It starts with family, or more specifically a descendant of Dracula whose wife is possessed with the soul of Van Helsing. A crazy minion of Dracula’s named Gregor put this soul in her to help find Dracula and hunt him down. Not to kill him, but to find him so he can teach him about the new world. Originally published in 1991 Gregor reveals a scheme that involves stealing the souls of college students. Dracula soon learns these young folks just want to party and waste their lives much like he likes to waste their lives by sucking their blood. As the story progresses Dracula’s descendant meets up with Blade as they attempt to take out Dracula once and for all.

The story is drawn beautifully albeit a bit rudimentary compared to today’s standards, but printing and drawing have changed quite a bit since. It stands up well, especially when the almost liquid nature of evil spills onto the page. The style is realistic, but not so realistic that a person’s face being torn off will make you throw up. Instead, it’s a style that is very much like 70s horror movies. It’s gross, but not quite realistic enough to trick you into thinking it’s real.

Blade is written in a fascinating way and he’s very far removed from what we know in the current universe and in the movies. His leather jacket and goggles make him seem poorly put together, but he’s tough as nails and willing to kill to get closer to Dracula. Meanwhile, Dracula’s semi-boredom with humans’ advancements in technology is also interesting and anyone who has had a parent or grandparent who scoffs at the internet or some new advancement will recognize the type.

The story seems to fly off the rails once Dracula goes solo. He gets hurt more than once but decides to consume souls in a turn that suggests he’s giving up on survival and simply wants all the power he can get. It’s possible the story loses something when Gregor gets murdered and it’s too bad he doesn’t pop back in. His plan to save himself and to serve Dracula is built up well in the first two issues and it’s missed once he’s gone.

This book takes a bit to get into as it takes a while to set up the characters and actually bring Dracula into the narrative. It’s not until Dracula is partying with teenagers and reflecting on how pointless it all is that things get interesting.

After the somewhat steep curve of understanding and then enjoying the story this book is a lot of fun. It has all the gore and panache of a 70s horror film. Pick this up to see an early version of Blade and an interesting take on Dracula trying to understand the modern world.

Tomb of Dracula: Day of Blood, Night of Redemption
Is it good?
After the somewhat steep curve of understanding and then enjoying the story this book is a lot of fun. It has all the gore and panache of a 70s horror film. Pick this up to see an early version of Blade and an interesting take on Dracula trying to understand the modern world.
Visceral art that stands up to the test of time
Dracula reflecting on the modern teenager is quite fun
Good 70s era looking gore
Takes awhile to get into the story
The third act doesn't quite work abandoning things that work
8
Good
Buy Now
Comixology/Amazon