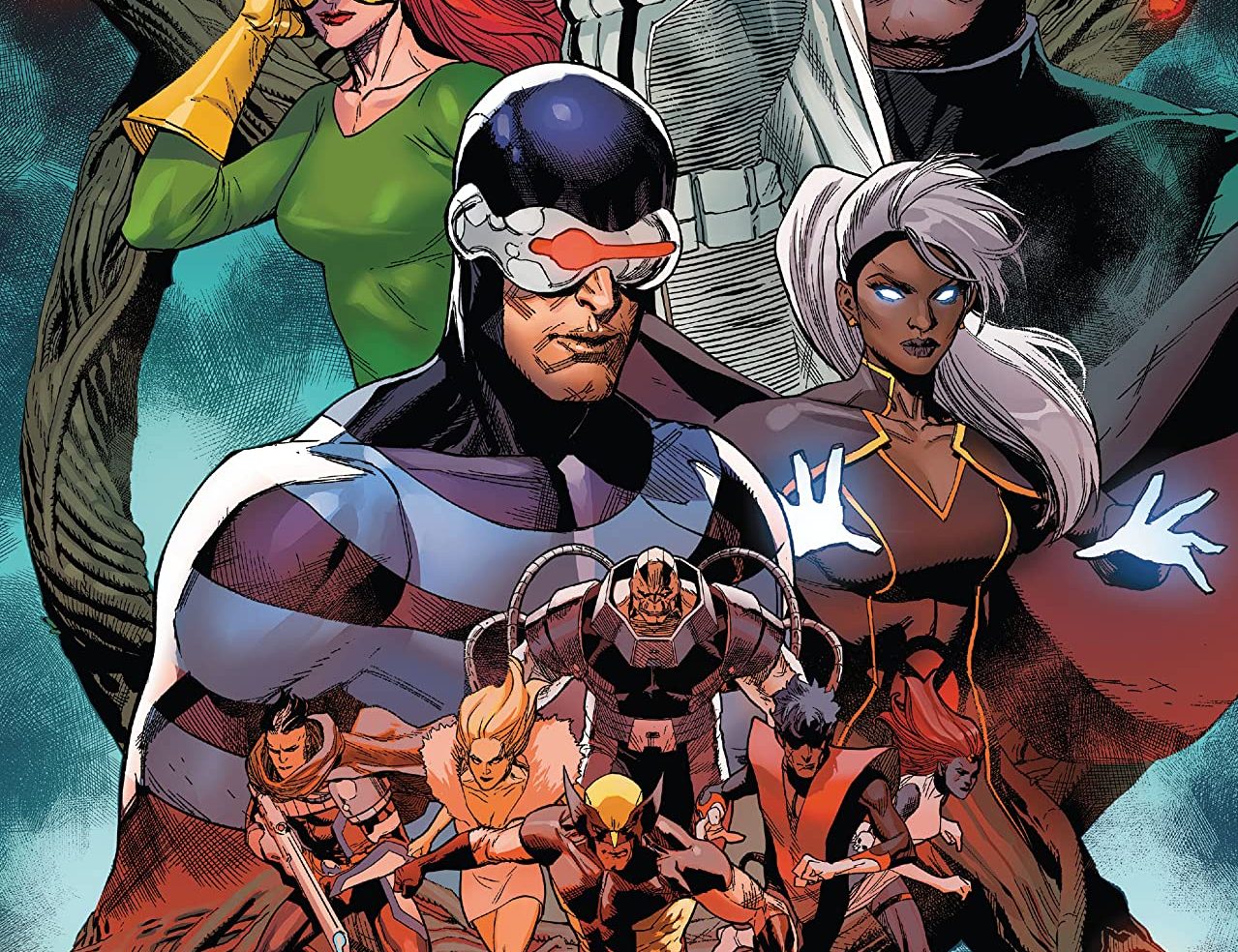 For 20 issues, Jonathan Hickman’s X-Men flagship title has been an outlier. At a time when most superhero comics are composed of five or six-issue arcs, Hickman made his series a de facto anthology, centered loosely around Cyclops and the Quiet Council of Krakoa.

That atypical approach bore fruit in some surprising ways. I think his stories about Mystique, the Crucible, and the Children of the Vault were among the best of this new X-Men era. But even as a fan of Hickman’s long-range planning, I found the format of the flagship title a bit frustrating.

This issue — the 21st and final one before Gerry Duggan and Pepe Larraz reboot the book in July — is a microcosm of that approach. Hickman divides the story into four vignettes, each illustrated by a different artist. As standalone stories they mostly work, but as the finale to a series, they leave something to be desired.

Perhaps I am expecting too much from an issue that already has a lot of Hellfire Gala plot to churn through.

The new X-Men team is revealed, but that should not come as a surprise to X-fans. Marvel announced weeks ago that Polaris, Rogue, Sunfire, Laura Kinney, and Synch would join Jean Grey and Cyclops on the team.

Hickman does not shed much light on why these particular members were selected, but I presume Duggan will explore that thread in his X-Men book. The highlight here is how Russell Dauterman draws the selection process. Jean Grey initiates a mind-link with the other mutants in attendance and they telepathically coalesce around their selections.

Once the team is revealed, the reaction shots are priceless. Like a camera operator at an awards show, Dauterman shows each member’s unique reaction. Sunfire, who naturally stands alone, is expressionless. Laura is biting into some shrimp. Rogue is receiving a kiss from Gambit. Synch and Polaris are surrounded by friends and teammates.

That moment was the issue’s emotional high point, but the panel everyone will be talking about comes at the end. Cyclops, the closest thing to the main character of this ensemble-driven series, is at the bar when he runs into…Kevin Feige!

Real-world celebrities populating the Hellfire Gala has been one of the fun parts of this event. We saw soccer player Megan Rapinoe in last week’s Marauders issue. Author George RR Martin is in a crowd shot of this issue. It’s all delightful — don’t get me wrong. But Feige’s appearance, at least for me, draws too much attention to itself.

It’s hardly even a cameo—he has a full-on conversation with Cyclops. “What’s your story?” Feige asks him. “Well…it’s complicated,” Cyclops answers. (OK, I’ll admit I laughed at that.)

I think the scene would have bothered me less if an important line of dialogue didn’t also go to Sersi of the Eternals earlier in the issue. As much as I love the MCU, I’m not sure I needed its branding so front and center in a crucial X-Men issue. At a time when it increasingly seems like the Marvel films are having a deleterious trickle-down effect on the comics, I’m not sure we needed more cross-promotional energy here.

Then again, it is easy to overthink these things. This is a fun issue of a mostly fantastic comic. The art is outstanding — with Sara Pichelli, Lucas Werneck, and Hickman’s East of West collaborator Nick Dragotta complementing each other well. (Dragotta drew a scene that may as well have been pulled out of East of West: Magneto, Charles Xavier, and Namor in a room competing to see who can be the most insufferable. It was great.)

Hickman’s X-Men series has been a reminder that delayed gratification often makes for the best stories. In that sense, this issue and his run on the flagship title have been a success. But for as much fun as watching him lay seeds may be, I’m even more excited for the harvest.

‘X-Men’ #21 introduces the new superheroes of Krakoa
X-Men #21
Jonathan Hickman says farewell to the 'X-Men' flagship title with help from four superb artists.
Reader Rating13 Votes
7.4
The artwork in this issue is terrific, giving this issue a special, timeless feel.
The Xavier-Namor-Magneto conversation is as wonderfully insufferable as you would expect.
The celebrity cameos draw a bit too much attention to themselves in this issue.
8.5
Great
Buy Now
Comixology/Amazon