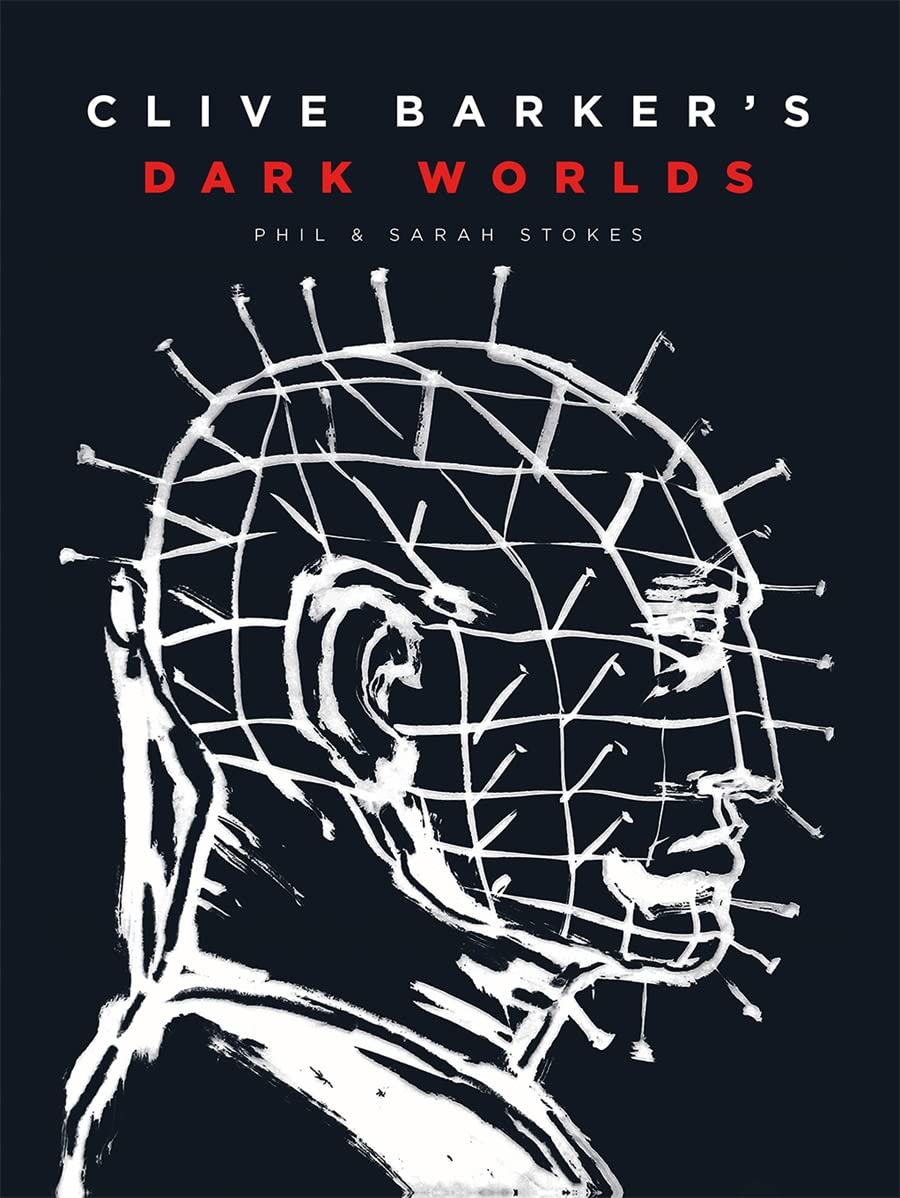 It’s not uncommon to toss around the word “visionary” when speaking about Clive Barker. Considered a master of horror in multiple ways be it through novels, movies, or his paintings, the man has influenced generations with his dark ideas and even darker worlds. To celebrate his career and life, Abrams has published a 352-page book filled with Barker’s notes, paintings, and posters from his films right in time for his 70th birthday.

Hellraiser is likely his most recognizable property decades after its creation, but through the ’80s and ’90s, it seemed everything he did took society by storm. It’s a career that came to a screeching halt when he got a near-fatal case of toxic shock, slipped into a coma, and spent years recovering. For all these reasons and more, a book like Clive Barker’s Dark Worlds is well worth a read for casual horror aficionados.

This book is an excellent way to understand Clive Barker’s journey in making art, his genius, and how he’s influenced pop culture as we know it. Broken up into 67 chapters, this book primarily works chronologically through Barker’s career, helping to give a sense of who the man was as a child up until his sickness. Each chapter is anywhere from one page to a series of pages, with most filled with quotes by Barker himself via past interviews.

From the very first page that this book is well-researched, with photocopied notes by Barker, first-draft pages from his novels, and sketches that one can surmise inspired future monsters.  This book opens with a chapter on Hellraiser after a page-long introduction, likely to draw in more casual fans, but quickly picks up with the first books he sold and then dives into his childhood. It helps give context to the man knowing a bit about Hellraiser and its importance on his career, taking a step back to look at his early novels, and then learning about who he was before he became famous.

Hellraiser permeates the book due to its many sequels, but also the importance on Clive Barker’s career.
Credit: Abrams

Written by Phil and Sarah Stokes, this book is an incredible reading experience that I could not put down. That’s saying something, given its oversized 8 1/2 x 11 1/4-sized hardcover format. Each chapter quickly places when the subject matter takes place paired with a title and a quote by Barker. Incredibly visual, this book consists of BTS photos on many sets, Barker’s oil paintings, some of which have never been seen, and even flyers of his time touring the world.

As a fan of Clive Barker’s more recent comics work, it was a delight to see every comic book project he worked on detailed here – from Hellraiser comics co-published by Marvel to the excellent Next Testament, and even his Razorline in 1993. It’s also great to get an inside look from Clive Barker on how he saw comics as a valid means of storytelling that blends novels and movies. In a key quote, Clive Barker said, “If ever there was a medium made for overachievers, it’s comics. Where else can a creator make mischief on a cosmic scale?”

The book doesn’t shy away from Barker’s illness, detailing what happened to him and including his statements on friends who backstabbed him and accused him of being finished with making art. As a visual medium, the book does a great job establishing the importance of each piece of art Barker made and its reception, whether good or bad.

The wonderful handwritten notes and early drafts of books give the book a personal touch.
Credit: Abrams

It may not be as thorough as a biography, but it feels thorough enough for casual reading. Since the book is filled with quotes by Barker, it feels very personal most of the time, although it never delves too deeply into who the man is or any particular struggle he may have faced through most of his career. That left me a bit wanting, as the man is more of a guest appearance than writing his memoirs. That said, it’s appreciative that he offers the afterword–here known as the “after the word”–which was written in April 2022.

Horror aficionados who have loved Clive Barker for decades will likely know most of everything in this book, but that doesn’t mean it has no value. Far from it, as its formatting and imagery are fantastic, and it’s laid out in an easily digestible way, hammering home the many ways Clive Barker gave himself artistically to the world. For more casual fans who may only know Clive Barker from his hit movies, there’s a lot here and likely a ton you never knew about. Clive Barker may be known by many as a horror master, but after reading Clive Barker’s Dark Worlds, he was much more than that: He was an artistic visionary and a powerhouse of ideas.

‘Clive Barker’s Dark Worlds’ is an incredible look at the horror master’s career
Clive Barker's Dark Worlds
Horror aficionados who have loved Clive Barker for decades will likely know most of everything in this book, but that doesn't mean it has no value. Far from it, as its formatting and imagery are fantastic, and it's laid out in an easily digestible way, hammering home the many ways Clive Barker gave himself artistically to the world. For more casual fans who may only know Clive Barker from his hit movies, there's a lot here and likely a ton you never knew about. Clive Barker may be known by many as a horror master, but after reading Clive Barker's Dark Worlds, he was much more than that: He was an artistic visionary and a powerhouse of ideas.
Reader Rating1 Vote
9.3
A page turner due to its formatting and great organization
Filled to the brim with quotes by Clive Barker, great art, and movie posters too
Though incredibly thorough in capturing all of his works, it still doesn't feel quite personal enough as we don't get to know who the man is...but maybe that's another book entirely
9.5
Great
Buy Now
Amazon

In this article:Abrams
Up Next: