Ghost Rider is probably going to be a pivotal character in the monster event series Marvel’s kickstarting next month; I mean, he’s practically a monster himself. As Robbie Reyes attempts to curb the control the demonic spirit has over him, some other heroes arrive in town… 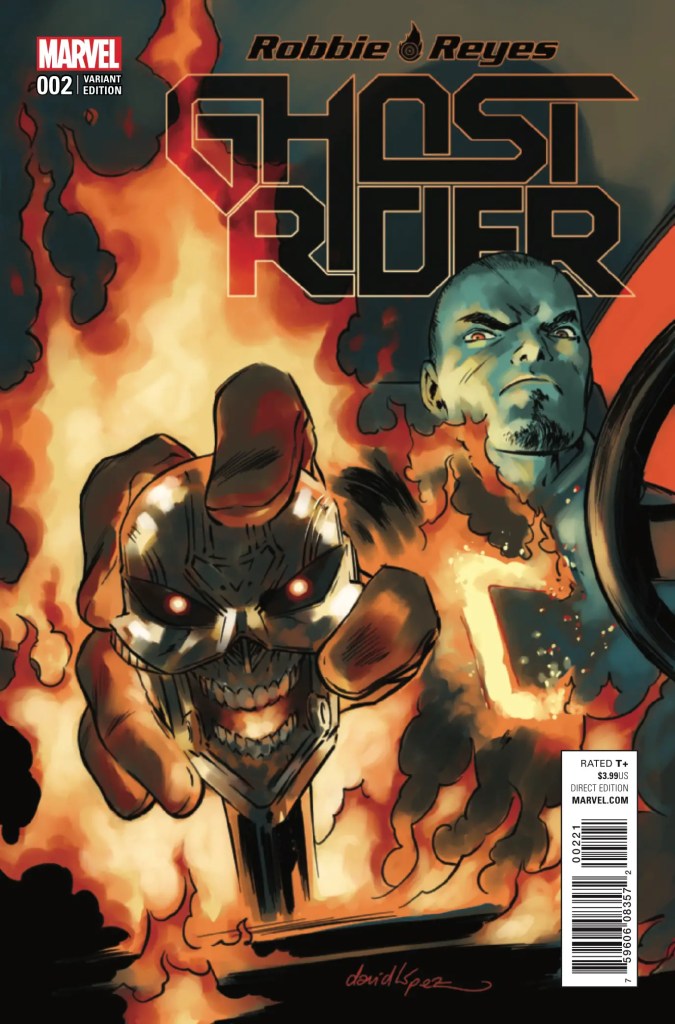 So what’s it about? Read the full preview!

We thought the last issue of Ghost Rider was great. On top of that, this issue is tying into the monster madness that’s about to take over Marvel so if you want a head start on that event, check in here. 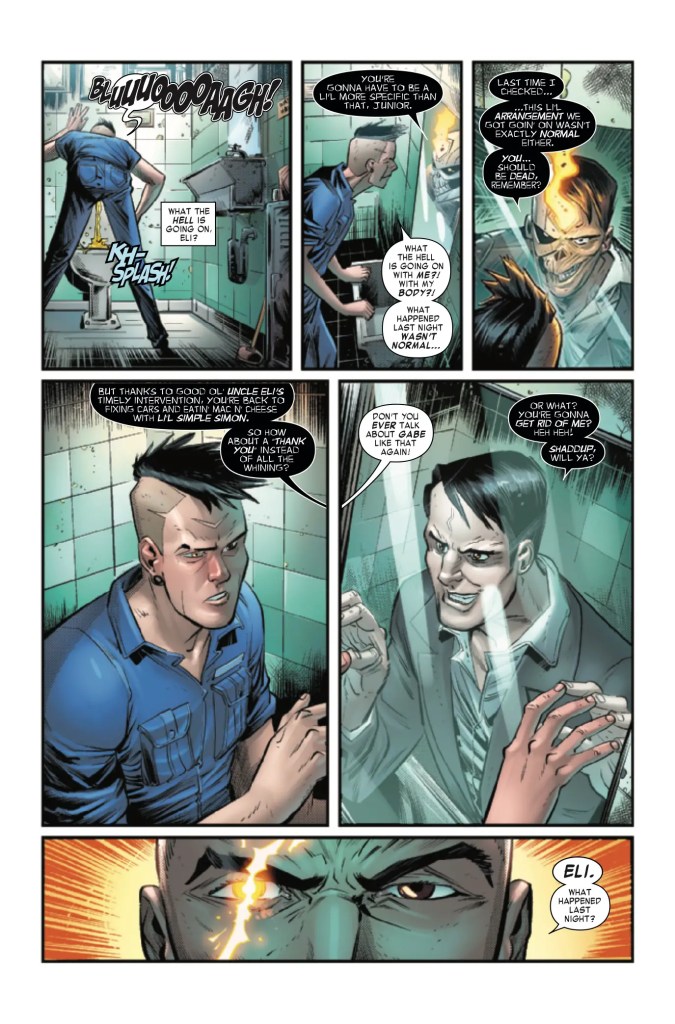 He’s between a rock and a hard place.

Surprisingly Ghost Rider isn’t a huge facet of this issue, with Hulk and Wolverine taking up a full 12 pages; the latter two’s inclusion is a build-up of sorts as they are important when it comes to the cliffhanger and thankfully their inclusion makes the book a lot of fun. While reading this I had the thought that Felipe Smith structured the issue so that Hulk and Wolverine would bring the fighting so that Robbie could deal with his inner monster, and develop a new character who has entered the neighborhood. Generally this structure works quite well.

The biggest surprise I had with this issue was how much fun Hulk and Wolverine were as Smith makes the two’s synergy click. The characters are obviously around the same age…both attractive…I think you see where I’m going with this. This dynamic adds a bit of humor to the issue and builds their relationship up well. Their scenes are also action packed and add plenty of fun stuff for Danilo S. Beyruth to draw.

The art is detailed and has – at least for me – an old school feel to it. There’s certainly influences in his lines from fantastic comic artists (Romita Jr. comes to mind) and the visual comedy lands every single time. From Wolverine acting totes normal with shards of glass in her gut, to Cho’s cute nervousness over his crush for Wolverine there’s plenty to love here.

Obviously a biggy is how little Robbie is featured in this issue. Even in the scenes that don’t focus on Hulk and Wolverine, Robbie is more of a background character as Smith develops the new ex-con character. The last issue focused much more heavily on him – and when read in a collected edition I’m sure it’ll read just fine – but it’s somewhat strange Ghost Rider is barely in this book.

Save for Ghost Rider making a short appearance in his own book this is a good issue. Ghost Rider #2 is smartly written, drawn with impressive detail, and offers plenty of action too.