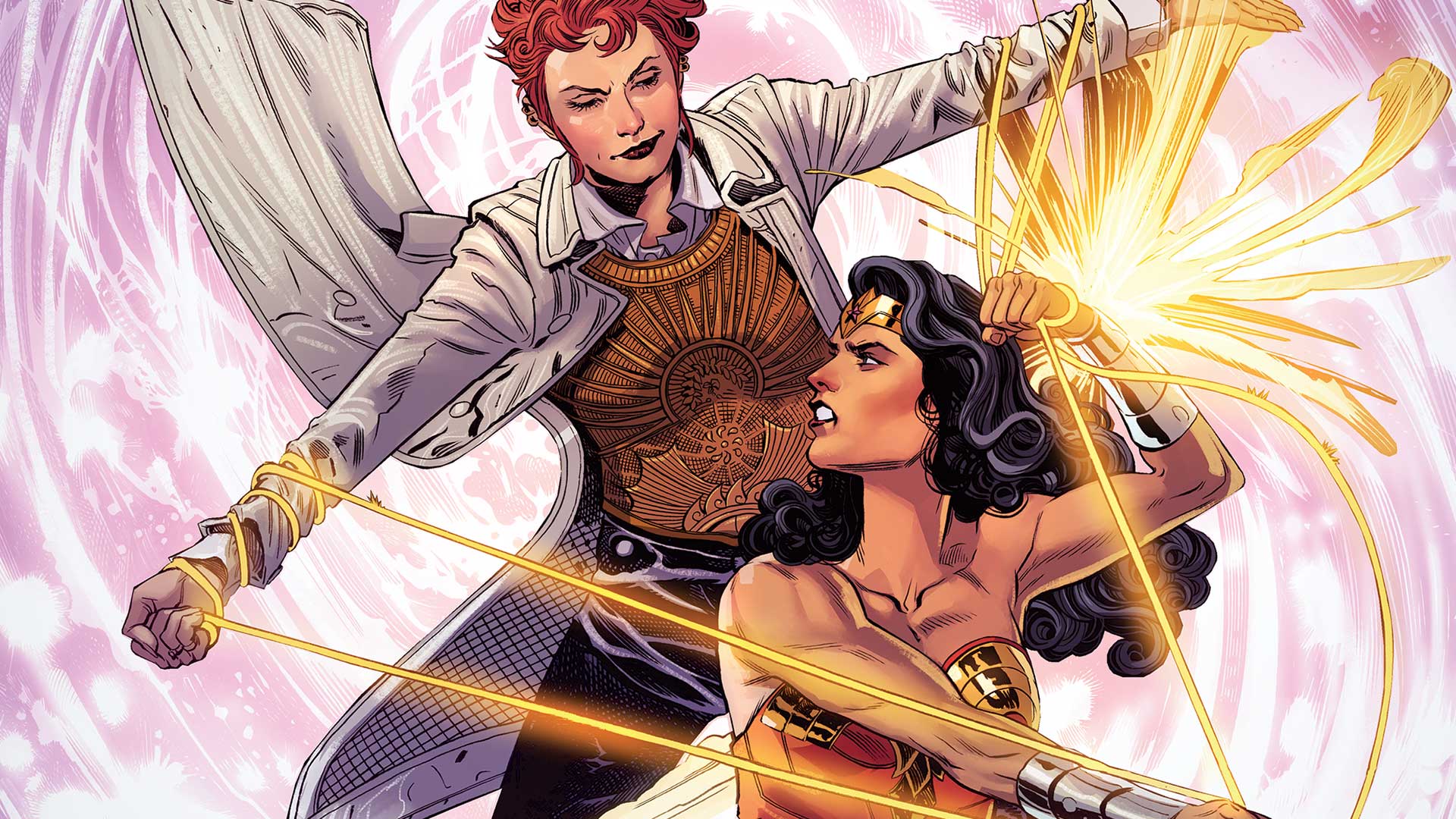 What would you do to get your child back? Would you try to stop the most powerful woman in the world by making a deal with an evil witch? That’s exactly what Veronica Cale has to do in the third part of “Godwatch” in Greg Rucka’s Wonder Woman #20, with art from Bilquis Everly. The issue introduces another one of Diana’s classic villains to the writer’s current exploration of the Amazon’s past.

Here’s the official synopsis for the issue:

“Godwatch” part three! Cale launches a desperate gambit to take control of Godwatch, but her plan hinges on two factors she cannot control: the witch Circe, and Wonder Woman!

In the “Godwatch” storyline, Empire Industries’ Veronica Cale has had to help the gods Phobos and Deimos find Themyscira in exchange for getting her daughter Izzy back. They’ve stolen Izzy’s soul, leaving her with a head without a face. In her pursuit for the location of Themyscira, which she’s convinced she can only get from Diana, Cale has already turned Barbara Ann Minerva into Cheetah and turning her against Diana.

In the third part of the story, Cale turns to a witch – the evil Circe – to get Phobos and Deimos to give up her daughter without helping them locate Themyscira. This deal with yet another devil comes with a steep price, but it’s still not too much to dissuade Cale. Although Circe doesn’t need to find the home of the Amazons, she still needs Wonder Woman’s help to summon the full power she needs to defeat the two gods.

The art for Wonder Woman has been nothing short of spectacular since “Rebirth.” While Liam Sharp has continued to do great work on the odd-numbered issues, Bilquis Evely has stepped into Nicola Scott’s shoes well in the even-numbered issues. Evely’s work is dynamic and very detailed in #20, particularly with a fantastic two-page spread later in the issue. The level of detail in every panel isn’t something you see everyday.

With a combination of great art and and a wonderful introduction to Circe, Wonder Woman hasn’t stumbled yet since “Rebirth” and part three of “Godwatch” doesn’t knock it off balance.

Wonder Woman #20 Review
Is It Good?
Another classic Wonder Woman villain makes an entrance you can't miss in Godwatch Part 3.
Fantastic art from Bilquis Evely.
The new Circe is a perfect match for Wonder Woman.
Only negative might be that Veronica Cale's struggle has overshadowed Diana's story.
10
Fantastic
Buy Now
Amazon