3 Reasons Why: 'Incredible Hulk Epic Collection: Fall of the Pantheon' is a worthy read
Advertisement 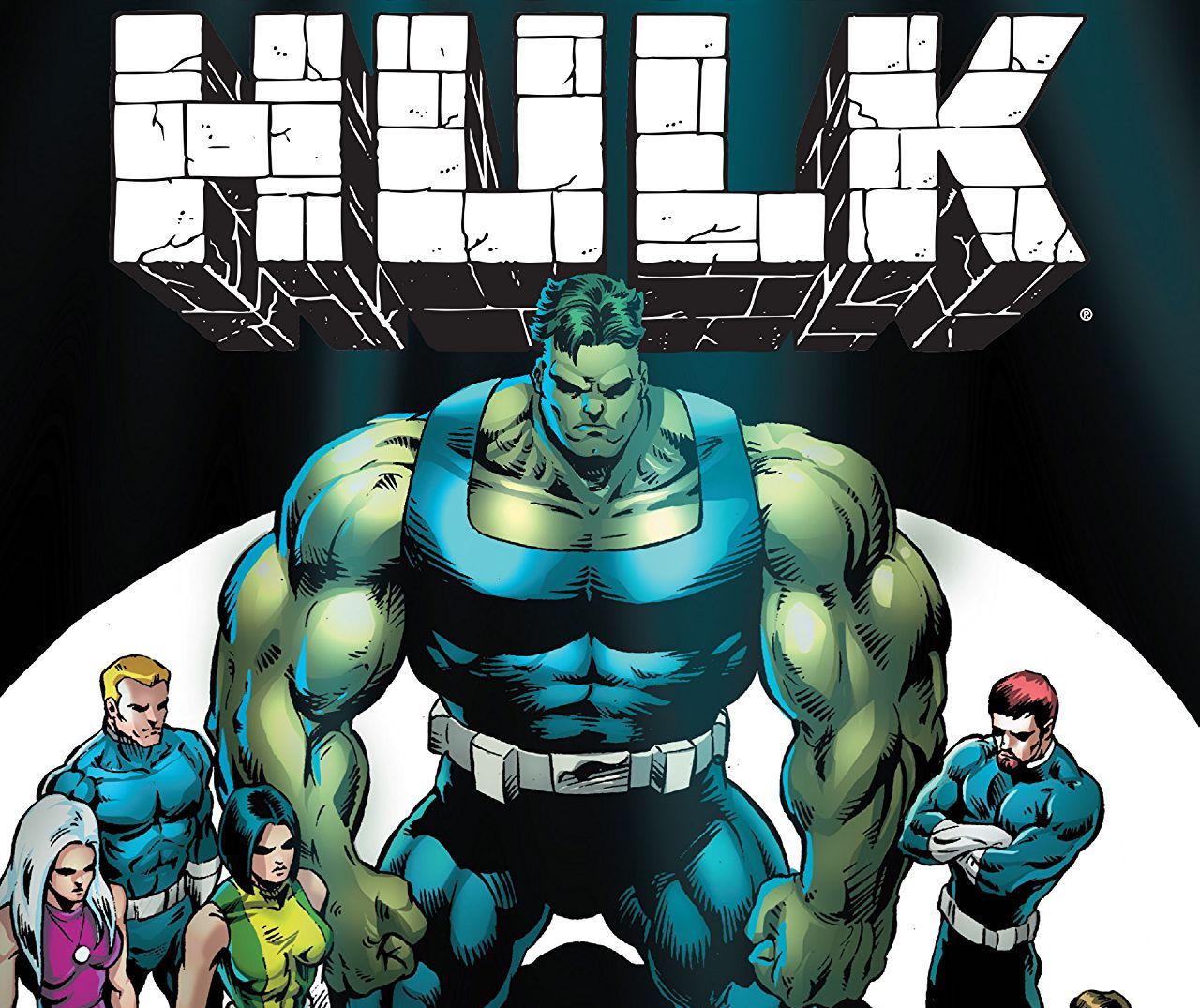 The funny thing about nostalgia is how it makes you want a thing based on your memory and not necessarily how good it was. Take the Incredible Hulk comics written by Peter David in the 90’s. This version of Hulk was massive and also incredibly smart. Bruce Banner was in control and when he did turn into his human form he required a straitjacket. Not counting Amadeus Cho as Hulk, the character hasn’t been this cool and in control in many years. Cut to today, when Marvel Comics has released its “Epic Collection” featuring Incredible Hulk #420 through #435. Now we can all read the very best talking green goliath comics from 1994 through 1995.

Hulk goes to Hel and back! First, Hulk and the Pantheon face a painful — and all too human — loss. But Hela herself soon claims the Hulk in an Asgardian underworld epic! Then, it’s the end of an era as the Pantheon is torn apart from within! Agamemnon stands trial, one among them falls and the Hulk’s rage transforms him into a savage…Bruce Banner?! While Doc Samson strives to save Bruce’s mind, Betty battles for her life — and the stage is set for a new status quo. In hiding and struggling to remain calm, the Hulk takes on Man-Thing, the Abomination and the Punisher! Plus: Hulk shares a symbiotic showdown with Venom and joins Hank Pym and the Wasp in a true Tale to Astonish!

Yes and no. Tales to Astonish #1 opens the collection and is a self contained story over its 70 or so pages. Then the collection gets into Hulk and his time with Pantheon and I can’t say I was very familiar with any of these characters. You’ll be playing catch up to figure out who is who and what these relationships mean. The last half is rather easy to follow along since it’s about Hulk and Betty living in isolation.

Liam Sharp draws some incredible stuff in this collection.

Reason 1: Cool to see artists in their prime in the early 90’s.

Frankly, I wasn’t sure what to expect when I picked this up outside of my (most likely) misguided love for this version of Hulk spurring me on. I was only 11 after all and just getting into comics. That said, I came to discover when reading this some of the best artists of today (Gary Frank, Liam Sharp, and Terry Dodson) contributed to this collection. It’s cool and enlightening to compare the art of Gary Frank from these 1994 comics to Gary Frank’s recent Doomsday Clock work. Liam Sharp, who has been killing it on Wonder Woman recently, also does an excellent job with these issues. It’s also fun to see how Frank and Sharp draw Hulk differently, with Sharp’s version extra wide and veiny and Frank’s more normal in proportion and more round.

This is the good old days of Marvel Comics where beefcake reigned supreme. Don’t believe me? Flip to the back of this collection and you’ll find plenty of swimsuit variant covers depicting mostly men barely wearing a thing. This was back when Hulk’s muscles had muscles and Gary Frank and Liam Sharp (who draw a great deal of this trade paperback) show off just how good they are at drawing realistic looking bodies even if they’re giant. Terry Dodson, who tends to draw covers these days, also chips in an excellently drawn issue.

As the title states, the Pantheon is ending in this collection, which is a superhero team Hulk leads. You don’t know who Pantheon is you say? Well maybe this classic Marvel card will spur your memory!

Not only was the team progressive (with a gay member) but it also had a plethora of in fighting and character dynamics to explore. This included Agamemnon, a half-Asgardian who appears to be 16 but is in fact very old. So old, all the members of Pantheon are his descendants! Awkward, right? This character thrusts the heroes into a journey involving Thor (who looks way different) and Hela (they go to Hel!) as well as a showdown against some indestructible baddies. This team takes up about half of the collection, which leads into the final portion of the collection showing Hulk and his wife Betty Ross on the run.

Reason 3: This series doesn’t mind being goofy and delivers a sound message.

When Peter David and Liam Sharp take a shot at Savage Dragon you know it’s willing to do whatever it takes to make you smile. Or in the last issue of this collection, show off the time Hulk was on a professional baseball team to make a buck (and strangely had to paint himself black). There is also a wacky chapter in this collection teaming up Venom and Hulk who fight, of course, but then end up going on TV to, “pump, you up.”

It’s not all silly though, as Incredible Hulk #420, a special AIDS-oriented issue proved. Hulk is losing a friend to AIDS and Peter David infuses the story with a strong message that this is not a gay disease. Given the political climate of 1994 one can imagine how important this comic was in changing people’s minds. There’s also stories involving suicide and the victims who take their own lives and later a story about child kidnappers. Comics don’t have to be blind entertainment!

This collection also houses Tales to Astonish #1 which was recently republished a few weeks ago. That makes the first 70 or so pages of this book a bit pointless if you read that collection. It’s also not tied to the story Peter David is telling through the rest of this collection.

The story can get quite serious.

I highly recommend getting the previous volume so that you’re not at a loss as to who these Pantheon team members are and what is going on. Much of the story focused on Pantheon has them going on a weird journey and not doing the usual day to day which makes catching up even harder. The transition from this story to the second half is quite jerky too. To make things worse, I’d guess there’s a chapter or two missing because it goes from Betty being dead and Hulk losing his s--t to both of them living in Sunville, Florida laying low.

The Pantheon story also seems to linger too long on unimportant details which can end up making it boring. The team ends up in Boston for instance, only to be whisked off to a magical realm through the Green Monster (get it?) only to discover Thor looks a lot different. This leads to a rather mundane story that has Hulk trust a killer and has the heroes waiting around to be attacked. Something tells me this story was cut short early because its basic flow seems way off. The last half also has very little direction and instead has Hulk saving hapless folks based on the requirements of that issue or joining a baseball team because money is short. The fact that he’s a doctor and a genius and has to resort to baseball (and stay incognito mind you) is ridiculous, especially when you compare that to his leading Pantheon and being super smart earlier in the collection.

Even though I had problems with this collection, and found myself getting bored for stretches, I still want a walking talking Hulk back in the Marvel universe. Peter David was aided by some of the best artists to ever draw comics (as is evident from what they’re doing today) and it’s safe to say this collection has plenty to offer hardcore Marvel fans. Just don’t go into this thing blind!

Incredible Hulk Epic Collection: Fall of the Pantheon
Is it good?
Plenty of highlights make this a great read for some, but don't go in blind!
Liam Sharp and Gary Frank in the early days...yep they're good
The story in this collection has everything including silly stuff and serious stuff
Pantheon is an interesting team
The 'Tales to Astonish' one-shot seems to be stuffed into this collection to pad it out, especially since you can get it elsewhere
Hard to jump right in due as Pantheon isn't explained very clearly
Some nonsensical and slow plots in here
6
Average
Buy Now
Comixology/Amazon

In this article:comic books, Marvel, peter david
Up Next:

‘The Vision: Hardcover Edition’ is a collection every comic book reader needs to own