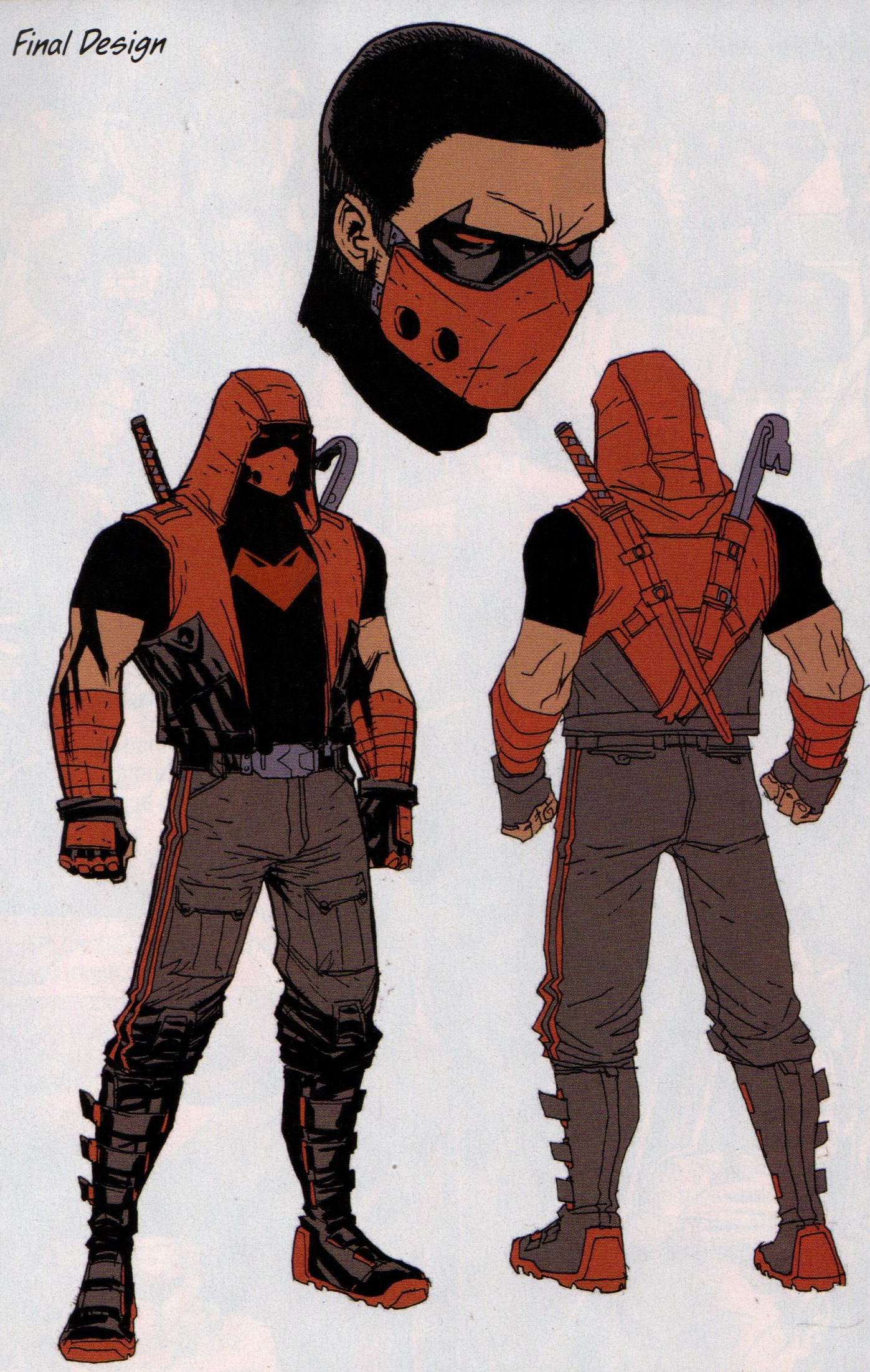 DC Nation #3 has unveiled the upcoming redesign of Jason Todd a.k.a. the Red Hood, doing away with the staple red helmet and leather jacket in favor of a grittier, beefier look courtesy of artist Pete Woods.

According to an article by Woods in this month’s DC Nation, the decision to change Jason’s look came from writer Scott Lobdell, who has been the main writer on Red Hood and the Outlaws since the New 52. Woods knew he had to keep the iconic parts of Jason’s look intact, like the red hood and domino mask, but wanted the redesign to reflect the story.

“In the upcoming story, Red Hood is in a dark place,” wrote Woods. “He’s angry. Maybe he’s got a death wish. So we had to take away all that stuff and make him more street-level. More grounded.”

Woods says most of his character designs require two iterations, but the Red Hood redesign was so challenging he did four to five rounds.

My personal take as the resident Jason Todd fanboy? Don’t fix what ain’t broken. The current Red Hood costume is so simple yet so iconic, and I just don’t see any reason why a change was warranted. Woods says he wanted to make the character more gritty and grounded, yet this new look is far more fantastical and unbelievable than the original.

This new design looks completely derivative — like Mortal Kombat mixed with Assassin’s Creed. Lobdell and Woods wanted to exemplify how brutal Jason has become with this new design, but wasn’t his brutality already showcased when he blew Penguin’s head off in #24? Plus, no more guns? Wouldn’t more guns be the way to make him more brutal? The new look isn’t necessarily bad; it just feels unoriginal and unnecessary.

What do you think of the new design? Let us know in the comments!

In this article:comics, DC, news
Up Next:

‘Legendary: Marvel Studios Phase 1’ is here — for better or worse