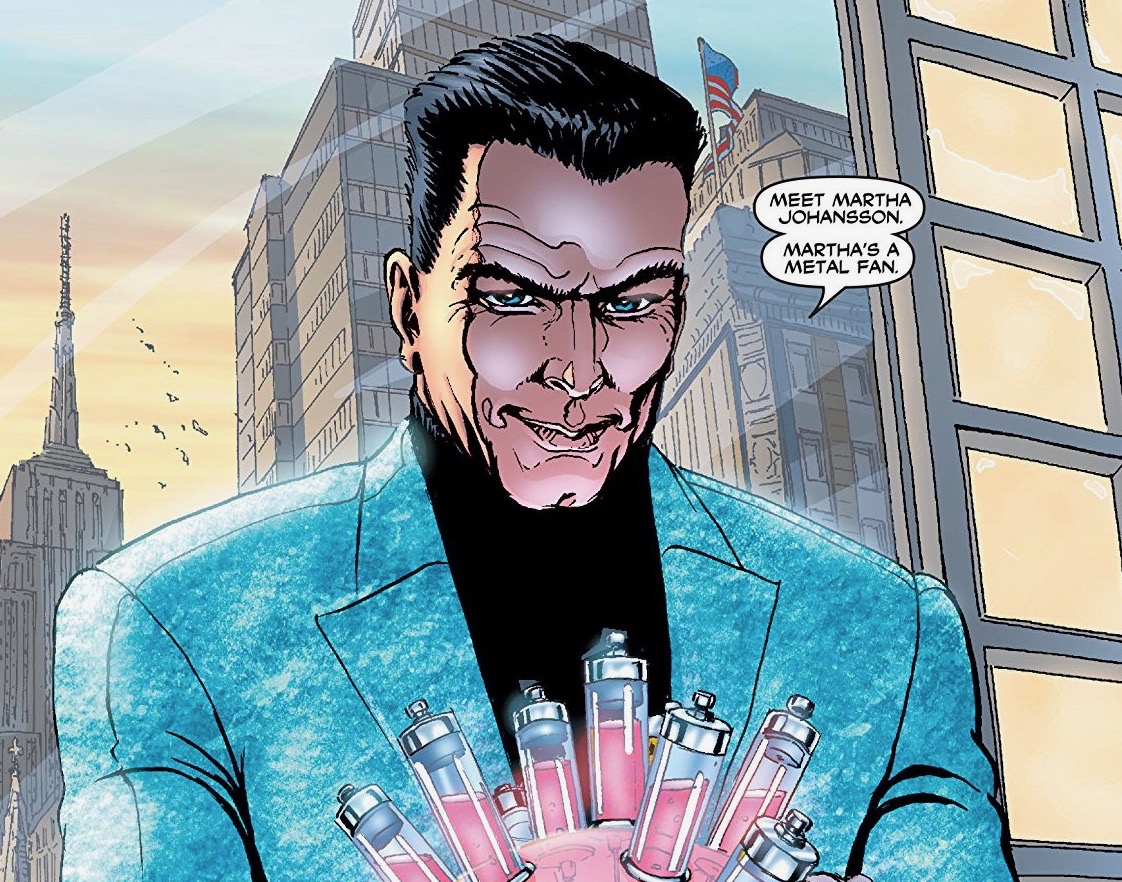 AiPT! Science is going all-in for Uncanny X-Month, with the most detailed look at X-Men biology anywhere, EVER. But this time it’s not the X-Men themselves, but one of their decidedly weirder adversaries.

In Grant Morrison’s New X-Men run, it’s shown that when life first began on Earth, a strain of bacteria gained consciousness and dubbed itself Sublime. As time moved on, multicellular organisms arose. Sublime infected many organisms and became the dominant species until one species proved to be immune: mutantkind. Mutants gained dominance and Sublime got pissed off, vowing to off the mutants and gain planetary dominion once more.

Can a sentient bacteria even exist?

Sentience is often defined as the ability to feel, perceive, or experience subjectivity. It seems straightforward, but only recently were animals, such as cats and dogs, accepted as sentient beings. Some scientists are working hard to show that plants have their own sentience, despite major pushback from colleagues and the scientific community. That aside, from the current and widely accepted scientific standpoint, bacteria are not capable of being sentient.

The nature of bacterial growth is the establishment of a colony; millions of tiny, microbial clones living together. This means that Sublime would need to be able to be sentient on a unicellular level, but also collectively.

Bacteria can communicate cell-to-cell through a process called quorum sensing, which often goes hand-in-hand with a biofilm, which is a complex structure of interacting microbial organisms that stick to each other and form a layer across a surface. A good example of this is in your mouth right now–dental plaque.

Sublime exhibits the ability to alter the DNA of its hosts. Genetic reprogramming of host cells is a real phenomenon, but not in the way that Sublime can infect any host body and shapeshift it to appear as John Sublime. It happens in the case of both pathogenic bacteria and parasites, but the most well-researched examples are  retroviruses, which carry RNA rather than DNA, so they have to insert themselves into the genome of host cells to replicate.

There are special “endogenous” retroviruses that are actually permanent snippets of viral DNA found within our own genome. Some are extremely beneficial, some are agents of disease, but most are just fragments that seemingly have no impact at all.

Truth is stranger than fiction

Though Sublime is a fictional character with unique powers, some real-world diseases present with similar characteristics. Like Dr. John Sublime, the host is ravaged by microbes and effectively killed during the survival and spread of the tiny invading species.

The parasitic fungus Ophiocordyceps has gained notoriety due to its bizarre mind-controlling ability. It takes over its host, carpenter ants, by releasing specialized chemical mixes inside the their brains. With its central nervous system hijacked, the ant climbs up a limb and sprouts a “fruiting body” that releases spores from the back of its head, infecting more ants down below. Its transmission method is by no means as sophisticated as Sublime consciously sharing itself in “Kick” form, but both gross and fine motor control would be a must in order for it to animate a human body.

Toxoplasmosis is another mind controlling disease caused by a parasite, Toxoplasma gondii. It’s capable of infecting a large variety of hosts, but rats, humans and especially cats are the most common. A rat may pick it up by ingesting contaminated water, soil, or plant material and once inside, the parasite infects the muscle tissues and the brain.

Rats typically have the ability to smell cat urine and know to avoid the area, but a rat with toxoplasmosis will no longer fear the scent. The parasite also stimulates the area of the rat’s brain responsible for sexual behavior and desire, forcing the rat to see the cat as a sexual mate, effectively luring it right into the cat’s territory to be eaten — parasites and all. It’s an incredibly efficient proliferation system.

Unfortunately, T. gondii is also dangerous for humans. Toxoplasmosis can lie dormant in people for their entire lifetime, occasionally causing flu-like symptoms. It isn’t inherently dangerous for healthy people with no immunodeficiencies, but the Centers for Disease Control warns that children born to mothers with active parasites can have a long list of medical issues. Additionally, studies are currently investigating the links between parasites like Toxoplasma gondii and changes in brain chemicals linked to schizophrenia, depression, and suicide.

Current hot topics in the nutritional sciences revolve around research on the “microbiome” of our gut, and possible links to mental disorders. Probiotics fly off the shelves in anticipation that they may not only make you healthier and “more regular,” but happier as well. Could microbes in our stomach and intestinal tract really affect our brains?

While still in the early stages, recent research says yes, absolutely. More work is needed in this area, but links have been found between the microbial makeup in our digestive tracts to issues like anxiety, depression, and memory capacity. It’s a far cry from the level of mind control that Sublime exhibits over its host bodies, but there’s at least some plausibility for non-pathogenic mind control.

Maybe Sublime isn’t actually that far-fetched. Calling it sentient might be a bit of a stretch, but microbes impact us daily, controlling us in various ways and ultimately helping to make us who we are. They may not be as well organized as Sublime, but with increasing antibiotic resistance, changes in virulence factors, and mutations, it’s plausible that one day we might see something capable of mimicking it.

You can go home again: How a lapsed X-Men fan made an astonishing return to collecting

Judging by the Cover – Our favorite solo X-Men covers