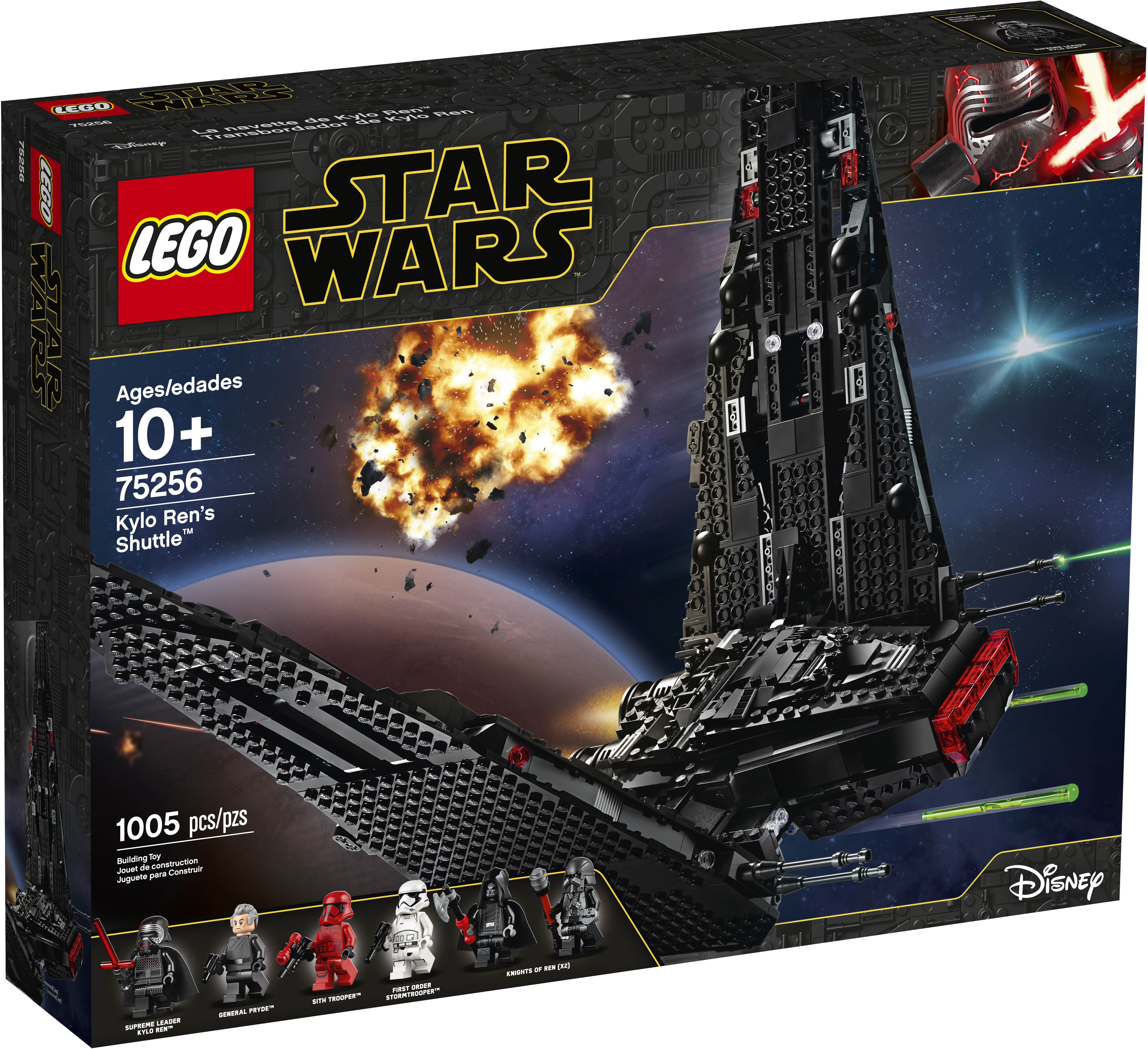 Today, LEGO revealed a few new sets coming out October 4th to coincide with the upcoming Rise of Skywalker film (as well as a The Mandalorian set too). The $119 set comes with 1,005 pieces and 6 minifigures which may or may not give us a hint at what is to come in the film. They include Kylo Ren, General Pryde, a Sith Trooper, a First Order Stormtrooper and two Knights of Ren. Excited yet? Check out the product images below.

Note the cracks in Kylo Ren’s helmet and you’ll realize LEGO clearly had a heads up on the design for the upcoming film.

Read the whole press release below, but before you do, what do you think, are there clues as to what is going to happen in the film based on this set? Sound off in the comments!

Travel the galaxy with Kylo Ren’s personal shuttle. It has everything the Supreme Leader could ever want, including folding wings and spring-loaded shooters for scaring off those pesky Resistance fighters! There’s also space in the cockpit for his fearsome crew, the Knights of Ren. This awesome set also comes with General Pryde, a Sith Trooper and a First Order Stormtrooper, so you can start battling right away!

• Kylo Ren’s command shuttle features rotatable right engine for folding in the wings when landing, the ability to shorten the wings by folding the top part down, 2 spring-loaded shooters, lowering access ramp and a 3-minifigure cockpit.

• Makes a great birthday gift, Christmas present or just a Star Wars™ gift for any occasion.