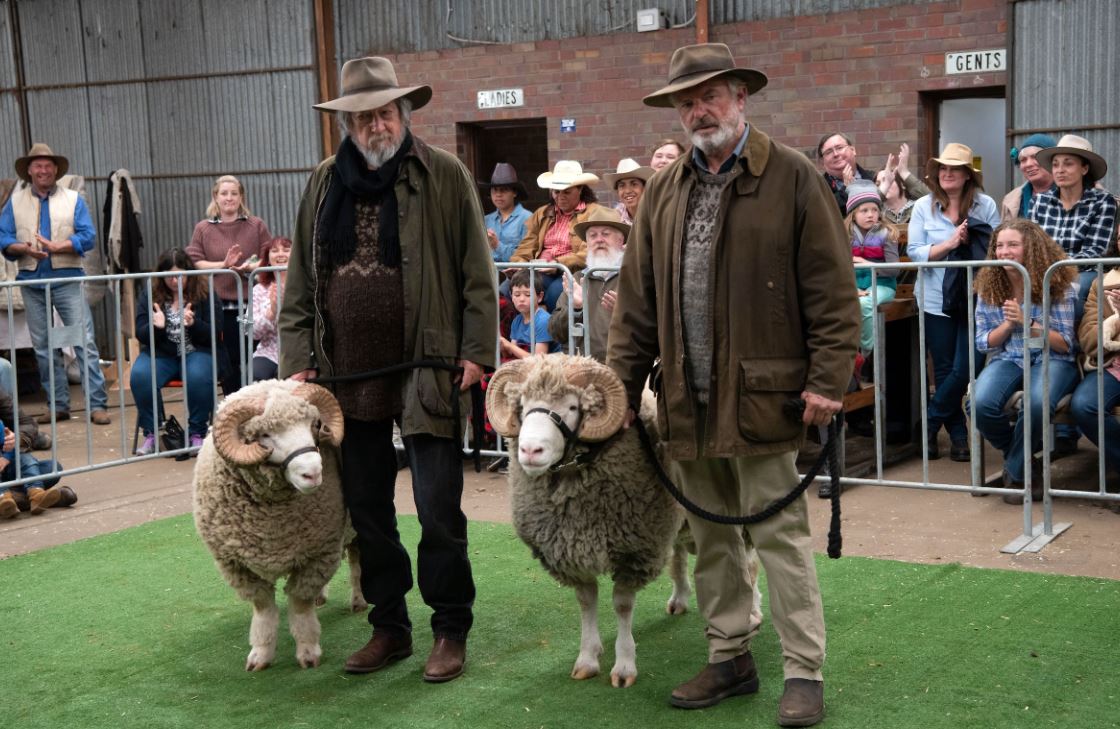 Rams is a 2020 comedy-drama out of Australia that has one of the more interesting plots of any movie in recent years. The remake of the Icelandic film of the same name sees two estranged brothers have been raising sheep for years. The separate flocks have been bred from the family’s prized bloodline. When local authorities order a purge of every sheep in the valley they live, the two must somehow find a way to work together.

If ever there was a premise made for a zany low brow comedy, this is it. Rams never goes that route, however. It is a heartwarming tale about family and community. This does not mean Rams avoids humor entirely. In fact, there are many moments that are hilarious, if a little dark. More importantly, the comedy catches the tone of the film. There are not sudden changes that confuse the audience and story. It is added deftly to the movie, maximizing its value.

Unsurprisingly, the Western Australian countryside looks beautiful. This is not particularly difficult considering the locale. What director Jeremy Sims brings to Rams is a sense of isolation. This ties in perfectly with the story. The brothers have not spoken in decades and want little to do with each other. They have chosen to be separate from each other.

All together, it makes for a very poignant tale. Rams some suffer from some of the melodramatic moments that are inherent to this type of film. That is to be expected and never weighs down the film. More difficult to explain away is the first half of the movie. The plot is uneven, which is a shame since some will not stay around long enough to give Rams a chance.

An old fashioned feel good movie means more now than ever. Rams is a heartfelt comedy that checks off all the right boxes. It is beautiful to look at and has strong performances from its capable cast. It deals with serious issues in a light hearted manner. It takes a while to get going, but once it does, viewers will be treating to a funny and touching story.

Rams will be released in theaters and on VOD February 5

[Sundance ’21] ‘At the Ready’ review: A look at three young lives from Horizon High School