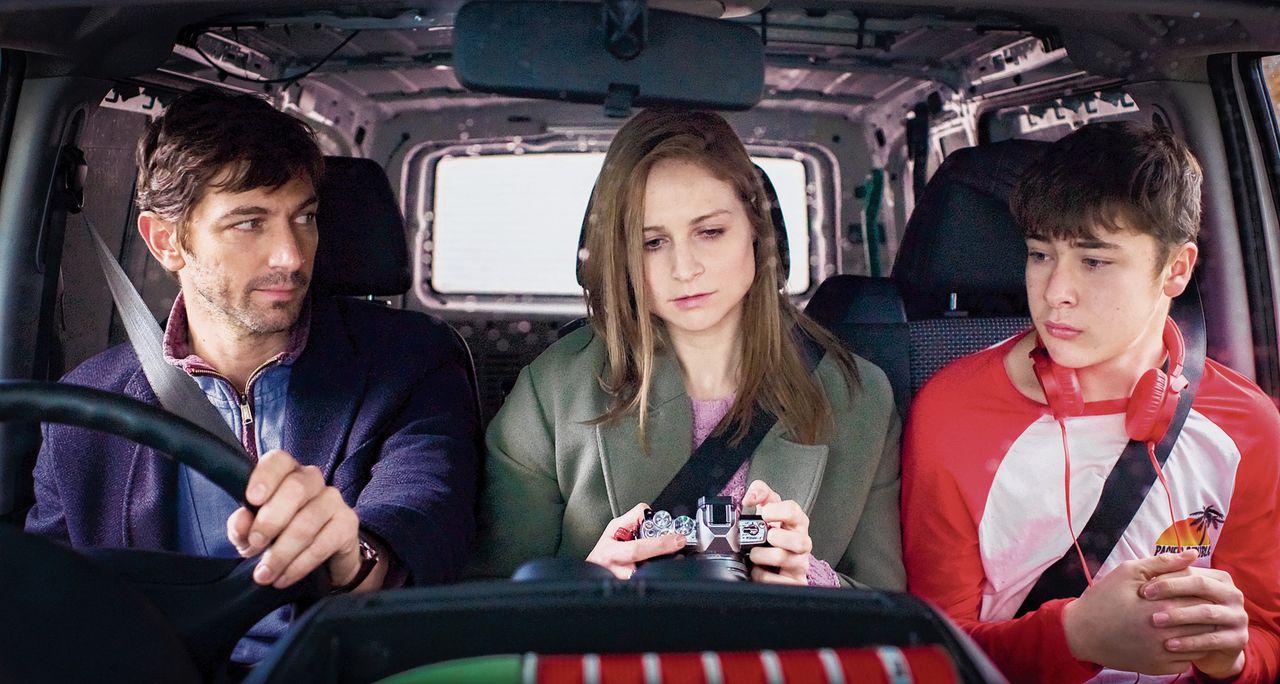 The Last Right is a film that wears its emotions on its sleeve. Daniel (Michael Huisman) returns to Ireland after his mother’s death. A mix up on the flight over leads to him being in charge of transporting a corpse. Along with his autistic brother Louis (Samuel Bottomley) and a mortuary assistant named Mary (Niamh Algar), Daniel must now take a road trip across Ireland he never expected.

The premise is a slightly dark one, but it is also familiar as road trip comedy-dramas go. Many of the expected elements make an appearance in The Last Right. There is the early tension, a breakthrough, and the inevitable fight and coming back together. There is a comfort in how well it follows the formula.

The Last Right works well within its conventional plot thanks to its endearing characters. The standout is Louis. The script makes sure to treat autism with respect while mixing in comedy. Even the silliest of jokes work within the context of the film.

That being said, the plot may be a little too contrived for some. The entire premise for the road trip requires a large suspension of disbelief. This is something that happens throughout The Last Right. Things are unashamedly manufactured to conveniently forward the story.

As formulaic as things can sometimes get, there is always an air of charm to The Last Right. The three leads work off of each other very well and the supporting cast is especially good . There are some characters that can use better development, but what is provided is enough to keep things interesting.

There is an effortless beauty to the film. This is often the case with movies shot in Ireland. The rolling hills and winter sun are lush and are sometimes in danger of taking over The Last Right. The movie is certainly gorgeous to look at, but its quirky characters and story are the true stars.

Is It Any Good? ‘Scooby Doo 2: Monsters Unleashed’