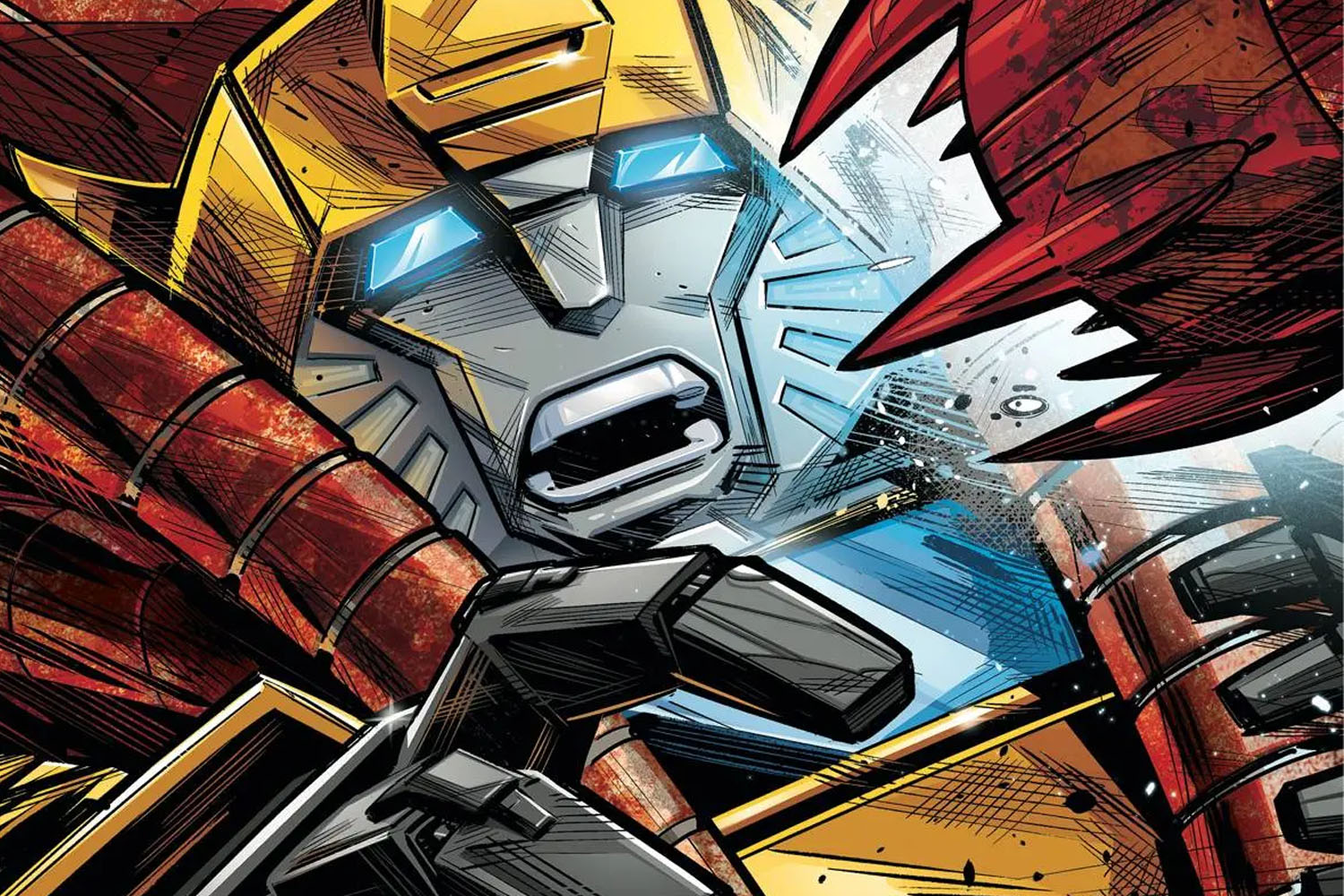 Time to once again look at an issue of IDW’s Transformers, written by Bryan Ruckley and drawn by Anna Malkova. The war for Cybertron continues this issue, largely leaving last issue’s events alone for now, so let’s look into how things are going this time.

SPOILERS AHEAD for Transformers #40!

The plot opts to ignore what’s going on elsewhere on Cybertron with the rise of Exarchon, and we refocus on the Autobots fighting for their lives to regroup against the mounting Decepticon army. The issue mostly consists of fight scenes due to this, but there are still plenty of good character moments during that, and sprinkled throughout to break up the action. So if you don’t care about the Exarchon plot and wanted to get back to the classic stuff, this issue has plenty of that. Mind you, we’re likely to get back to that real soon anyway, so a quick aside issue shouldn’t hurt the pacing too much in the grand scheme of things.

Character writing is really solid, as I’ve come to expect from Ruckley’s take on the Transformers world and characters. Of course, it wouldn’t be one of my Transformers reviews if I didn’t gush a bit about his Optimus Prime, who has some weighty conversation with both Ironhide and Bumblebee this time around. As I’ve made abundantly clear many times, Ruckley imbues Prime with a real compassion, sense of responsibility and regret. He’s a peaceful being who’s had to rise up to the expectations placed on him because of that compassion, and you feel all the gentle strength behind his words whenever Ruckley gives him panel time. The rest of the ‘bots n’ ‘cons in the issue are done quite well too, the various bit players each having distinct voices and personalities in conversation and shown through their combat. Bumblebee fares very well in how he was done too, a kind soul who’s had to face death and decay and still rises in the face of it. It parallels Optimus, and you absolutely understand the unspoken history between the two.

The art is, as usual, very good. I still love Malkova’s work on the book, and she’s only gotten stronger at drawing these characters as time goes on. Her work has taken on a much moodier quality over her time drawing for this title, but still shows a solid grasp of the expressiveness and dynamic feel of the more cartoonish qualities of the Transformers world, which I’ve always found to be her strongest asset as an artist here.

Overall, I really liked this issue. I do have to wonder how much we really have left to go in this story, with the announcement that the Transformers licence will be leaving IDW soon after nearly two full decades with the robots in disguise. It’s unclear if this book will simply be brought over to Dark Horse when they acquire things, or if this reboot is going to be cut tragically short. Either way, I hope this team continues on in some form or another, because their talent is evident, and I’d hate to see the story unfinished or fall short of its full potential.

That all being said, in the here and now, this issue is quite good. The artwork is as stellar as ever, the characters are engaging and likable, and the plot is some classic Autobots vs. Decepticons goodness. The shadow of this series’ inevitable end still hangs overhead, but don’t let that stop you from picking this comic up if you think you’ll like it. I’m sure the people involved would love to feel supported in light of everything.