The Batman Who Laughs: The Grim Knight #1 review
Advertisement 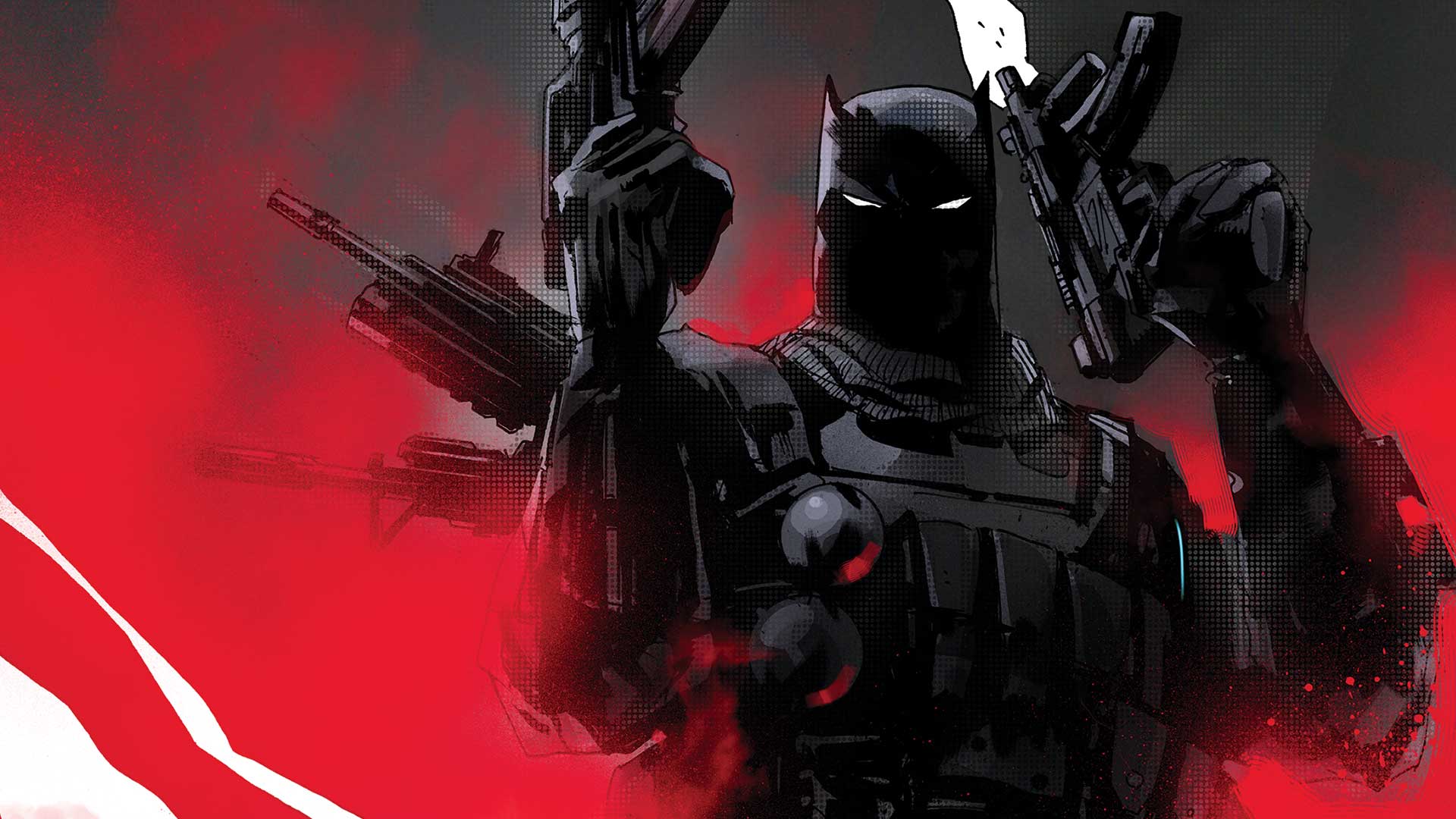 Today Scott Snyder and James Tynion IV, one of the comic world’s best dynamic writing duos, bring us the origin story of the mysterious and utterly deadly Grim Knight — a Dark Knight straight out of Batman’s greatest nightmare, one who indiscriminately uses lethal force to achieve his goals. Bringing the tale to life before our eyes is four-time Eisner Award winning artist Eduardo Risso, and Dave Stewart, the man who has so many Eisner Awards that I’ve lost count, and is considered by many to be the best colorist in the business. So yeah, it’s safe to say this creative team is about as loaded with talent as the 1992 Dream Team.

I first caught wind of this book via a patented Snyder spoiler moment, during an interview with him at New York Comic Con last year. Snyder shared that his friend and fellow DC writer, James Tynion IV would be writing the Grim Knight’s one-shot origin story. Tynion also wrote the one-shot origin story for The Batman Who Laughs in November of 2017, and its not only the darkest Batman story I’ve ever read, but its also easily one of the darkest comics I’ve read period. Dark, disturbing, and incredibly unsettling — suffice to say, Tynion knows what he’s doing when it comes to horror.

And don’t forget the creator of The Grim Knight, Snyder’s in the driver seat too. The man is a horror veteran, if you’ve any doubts go read Wytches  — don’t blame me if you don’t want to go into the woods for a while after you’ve finished it.

So how did the boy in the alley with his parent’s blood at his feet become one of the most ruthless killers in the multiverse? Snyder and Tynion give us the answer right as the story begins. On the third page two simple sentences shine a light on the butterfly effect that led us to where we are now, “He thought he would be trapped in that moment forever. And perhaps, on another world, he would have been.” On The Grim Knight’s world his parents killer didn’t get away, he dropped his gun, Bruce picked it up, and he made the choice that would set his life down a path of death and destruction — he shot and killed the man who murdered his parents.

The defining moment that every comic book fan knows like the back of their hand, the death of Batman’s parents, didn’t trap The Grim Knight in a endless quest for justice — it propelled him into a world where rules don’t apply to Batman, because he makes them. Bear witness as The Grim Knight uses the bat as a symbol to anoint himself Gotham’s Angel of Death, where crime of any degree is adjudicated by one judge, jury, and executioner — him. Where Batman wants to stop evil, The Grim Knight wants to kill evil. And kill it he does.

As The Grim Knight rises from a whisper in the dark to infamy among criminals and law enforcement alike, he becomes locked on an unavoidable collision course with his Gotham’s most honorable police officer, Lieutenant Jim Gordon. It’s here that Snyder and Tynion illustrating just how deadly a Batman who kills in Gotham City would be. Not only does he possess a lifetime of training at the hands of the world’s best assassins and soldiers, but all the money and resources of Wayne Enterprises.

Bruce Wayne, The Grim Knight’s mask, controls a multi-billion corporation that’s one of the largest providers of military and civilian technology: car parts, computers, network infrastructure, air conditioners, transportation, construction equipment — the list goes on and on. He doesn’t need to shoot you when he can tell the elevator you’re riding to drop you twenty stories. He doesn’t need to run you through with his combat knife when the subway car you’re riding derails at the push of a button. Why would he fight through an army of goons to take out a crime boss, when he can simply tell the building’s furnace to pump the head honcho’s room full of carbon monoxide? Snyder has taken Batman, Bruce Wayne, and the Punisher, and stitched them all together like Frankenstein. The results are about as terrifying as you’d image, if not worse.

I was a little hesitant with the artwork on my first read through, and initially I couldn’t put my finger on exactly why that was. Risso implements two completely different styles in this book, one for present events, and one for flashbacks. The flashbacks are so utterly gorgeous that I felt that I was more looking over a watercolour painting than I was reading a comic book. Batman in particular stuck out during these moments; while that’s normal for a book he leads, what really hit me was the similarity between Miller and Risso’s depiction of the character. I’ve never encountered artwork in comics that’s done this to me before, and to be honest it was a legitimate distraction. My read time was substantially increased, but I’m not about to knock the book for that. It’s a glaring example as to why Risso has the reputation that he does in comics. Add in Dave Stewart’s colors and you have yourself one of the best looking comics available on shelves today.

The above panel in particular, with the cigarette in Gordon’s mouth, the touch of fire on the end, his glasses half pulled off his face, and a look of grim determination — a perfect example of the stunning artwork this book is filled with.

The Grim Knight has by all appearances been driven to join forces with The Batman Who Laughs to attain a goal that he ultimately realizes is more than likely impossible. His Jim Gordon and our Jim Gordon aren’t the same man, and when that becomes clear, it feels like The Grim Knight’s conviction in his mission is slightly shaken. There’s already a noticeable tension between the two dark incarnations of the caped crusader, I wouldn’t be at all surprised to see the balance between the two shift before The Batman Who Laughs series is over.

Watching The Grim Knight wield the city of Gotham like a scythe was quite the treat, and I’m excited to see how his mission to kill evil will play out alongside one of the most evil and twisted beings to ever walk the multiverse. This comic should be an automatic addition to everyone’s pull list. If for nothing else, the prodigious level of skill in the art department should grab you. But there’s also Tynion’s magic touch when it comes to writing one-shots for evil Batman incarnations that Scott Snyder’s twisted mind conjures up.

THE BATMAN WHO LAUGHS: THE GRIM KNIGHT #1
Is it good?
Snyder and Tynion may have shown us The Grim Knight's one weakness.
Risso's use of two different styles to mark the difference between present time and flashbacks is incredible.
Risso and Stewart show us why they're two of the best in the business, this comic is absolutely gorgeous.
Jim Gordon and a Batman who kills go head-to-head. Need I say more?
9.5
Great
Buy Now
Comixology/Amazon