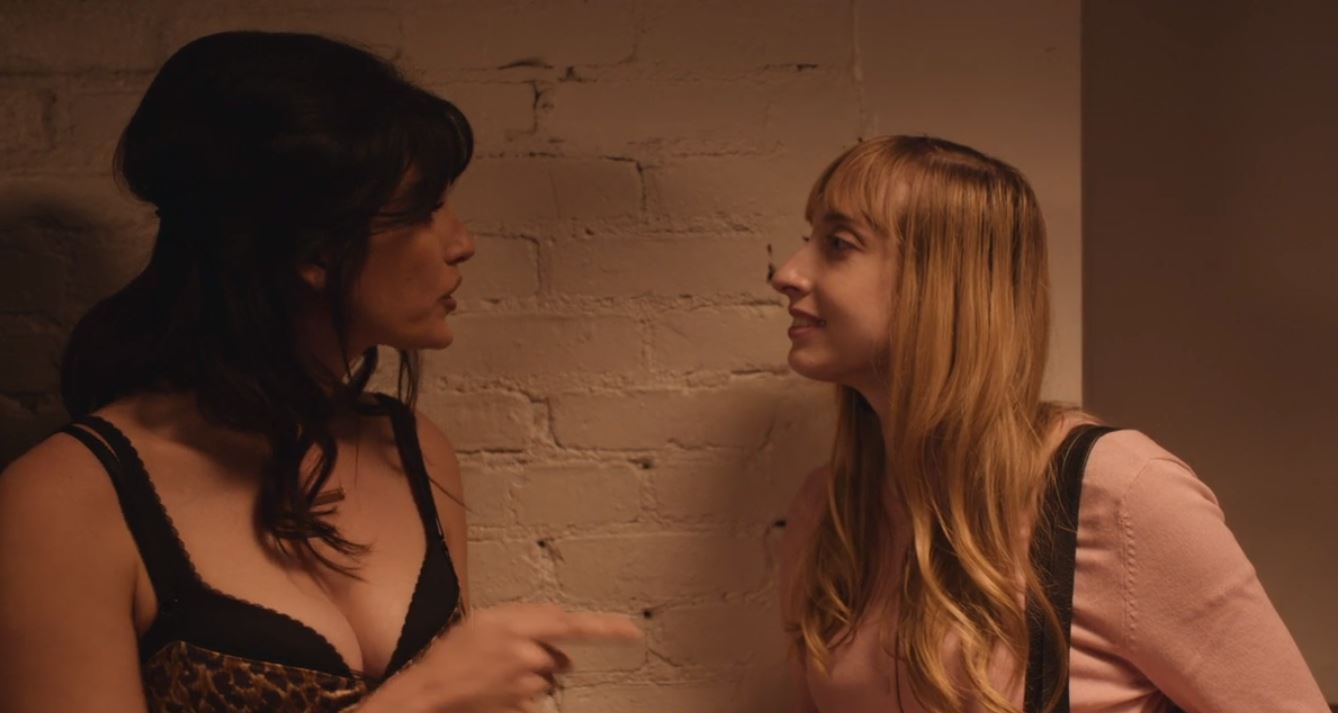 The streaming service DROPOUT from CollegeHumor.com seems pretty cut and dry. A series of sketch comedies with the occasional nod to nerd culture seem a perfect fit. Kingpin Katie is DROPOUT’s first attempt at something more serious. The show does not step away from the comedy CollegeHumor is known for, but adds a more dramatic undertone.

Kingpin Katie stars Katie Marovitch in the title role as a comedy writer trying to overcome a cocaine addiction. While battling her drug abuse, she also tries to win back the trust of her coworkers. Along the way she accidentally stumbles into the drug selling underworld – and unexpectedly does well for herself.

The show starts off as a straight comedy. Viewers are introduced to a silly and awkward Katie. Her cocaine addiction is introduced in an over the top manner as is the manner she discovers to initially get rid of all the cocaine she has.

Kingpin Katie continues on this comedic route as it provides insight into her life. She has no friends and is completely oblivious to this fact. There is a great opportunity missed here as it is never explained whether this is on purpose.

This seems to be par for the course with the show. Katie has the potential to be a very deep character. Even if she was not one before her misadventures, there is certainly the opportunity to make her one. She just sorts of changes from one extreme to another.

This is probably the biggest issue. DROPOUT has been a comedy channel filled with comedy shows. Kingpin Katie is a funny show. The humor flows seamlessly and  is filled with laugh out loud moments. The problem is the show is unable to adequately change pace.

Kingpin Katie is alternately funny and dramatic. The writing is never nuanced enough to weave the drama with its comedy or vice versa. There really is no foreshadowing as moments just happen. This is understandable since it is the first time a DROPOUT show has ever gone this more serious route, but it is also very noticeable.

The show is helped by a funny cast led by Marovitch. The real life Katie does all the heavy lifting here and works well with the others. This is not to say the rest of the cast does poorly, In fact, they do a great job. But this is clearly Marovitch’s vehicle.

Two other characters stand out, but both for different reasons. The first is a detective investigating a murder. The character is played unironically and is a walking cliche. He is the one character on the show that perfectly mixes comedy and drama. The other is Cheryl, a foul mouthed meter attendant who forces her way into Katie’s life. Where the rest of the show is well written, the comedy here is lowbrow and random. The humor may be there as a counter to the rest of Kingpin Katie but it falls flat.

Kingpin Katie is DROPOUT’s first attempt at a more serious show. While still being a comedy, the show also tries to tread in to more dramatic areas. The lack of experience writing more dramatic types of shows sticks out, however the funny cast makes Kingpin Katie an easily digestible show.

Kingpin Katie
Is it good?
Kinpin Katie is comedy streaming service DROPOUT'S first attempt at something more serious. It is not perfect, but it is a fun watch.
Katie Marovitch is charming and silly
Funny cast that Marovitch is able to play off
Does not mix the comedy with its more dramatic elements well
6.5
Good

A geologist reviews the season premiere of Science Channel’s ‘What on Earth?’

Big Little Lies Season 2 Premiere: ‘What Have They Done?”