In November of 2018, Image Comics abruptly cancelled Gerry Dugan and John McCrea’s Dead Rabbit series, and issued a mandatory product recall after only two issues into its run.

Diamond Comic Distributors sent an email to retailers stating that any existing copies of Dead Rabbit #1 and Dead Rabbit #2 were to be pulled and sent back.

The recall and cancellation were the result of a trademark issue when a New York City bar — named The Dead Rabbit — threatened to sue Image over the release of the comic for violation of their trademark. A cease and desist demand was issued and Dugan and McCrea’s comic was dead in the water.

Now, after nearly a year later the project is back with a new name — Dead Eyes. The book will be launching with an oversized first issue this October. Full press release available below. 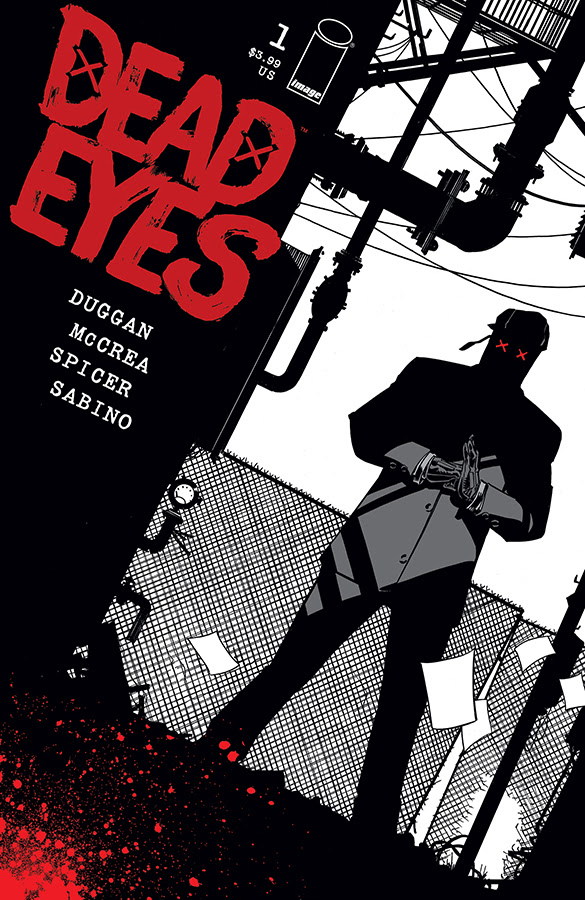 readers action, comedy, and drama in the forthcoming series Dead Eyes. This ongoing series will launch from Image Comics with an oversized first issue this October.

“We’re very happy to introduce you to the violent, funny, and sad world without justice in Dead Eyes,” said Duggan. “A former stick-up man must return to his life of crime when the pressures of living in a Kleptocracy push him to the breaking point. This is McCrea & Spicer’s very best work and we’re thrilled to punch Dead Eyes into your face beginning this October.”

McCrea said only: “I’m too busy drawing ball-busting sh*t to give you a goddamn quote.”

Set in the 1990s, “Dead Eyes” was a prolific stick-up man and hoodlum in Boston until he took down one last big score and disappeared. Nobody ever discovered the truth. He retired to be with the love of his life, but now he’s back in the mask to save her. No one–not his wife, the mafia, or the cops–is happy that he’s out of retirement.

In this article:Dead Eyes
Up Next: