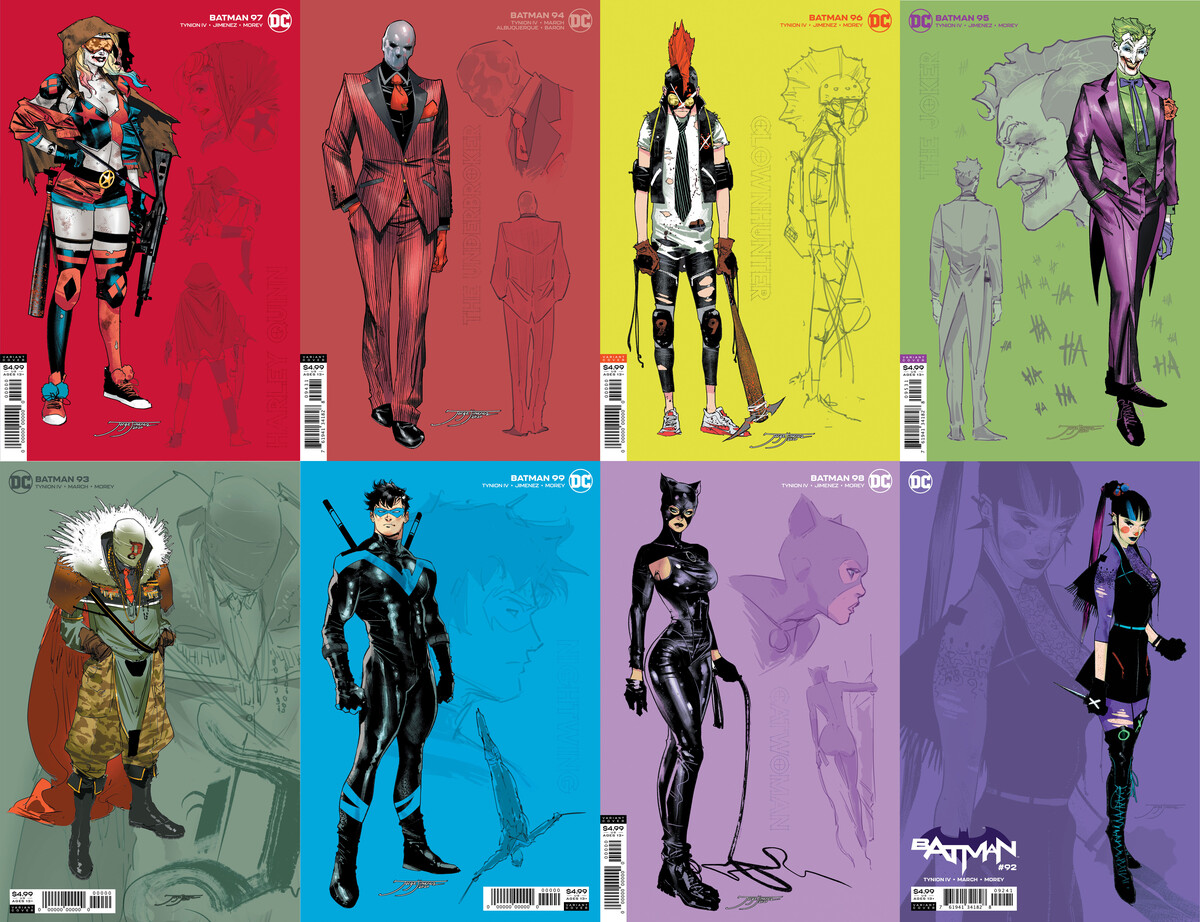 DC Comics has revealed the great Jorge Jiménez will be getting his art showcasing various Batman characters like Joker, Harley Quinn, Punchline, and more. The Batman covers will feature new and old faces in 1:25 card stock variant covers starting with Batman #92 through Batman #100. Check out my review of the excellent Batman #92 here.

This is an interesting way to introduce readers to James Tynion IV, Jorge Jiménez, and Guillem March’s Batman run and the many new colorful characters. Plus it gets those Punchline fans something else to pick up for their collection! This is all geared towards DC’s new event “The Joker War” which starts with Batman #95 out in July.

The 1:25 covers feature Jiménez’s illustrations of the following characters:

Each cover is available to comic book retailers who order at least 25 copies of Batman #92 through #100, the climactic final issue of “The Joker War.” Batman #92 is on sale now, and “The Joker War” starts in July’s Batman #95.

Check out the DC Comic Shop tracker at www/dccomics.com/comicshoptracker.