'The Banishing' -- what really happened at Borley Rectory?
Advertisement 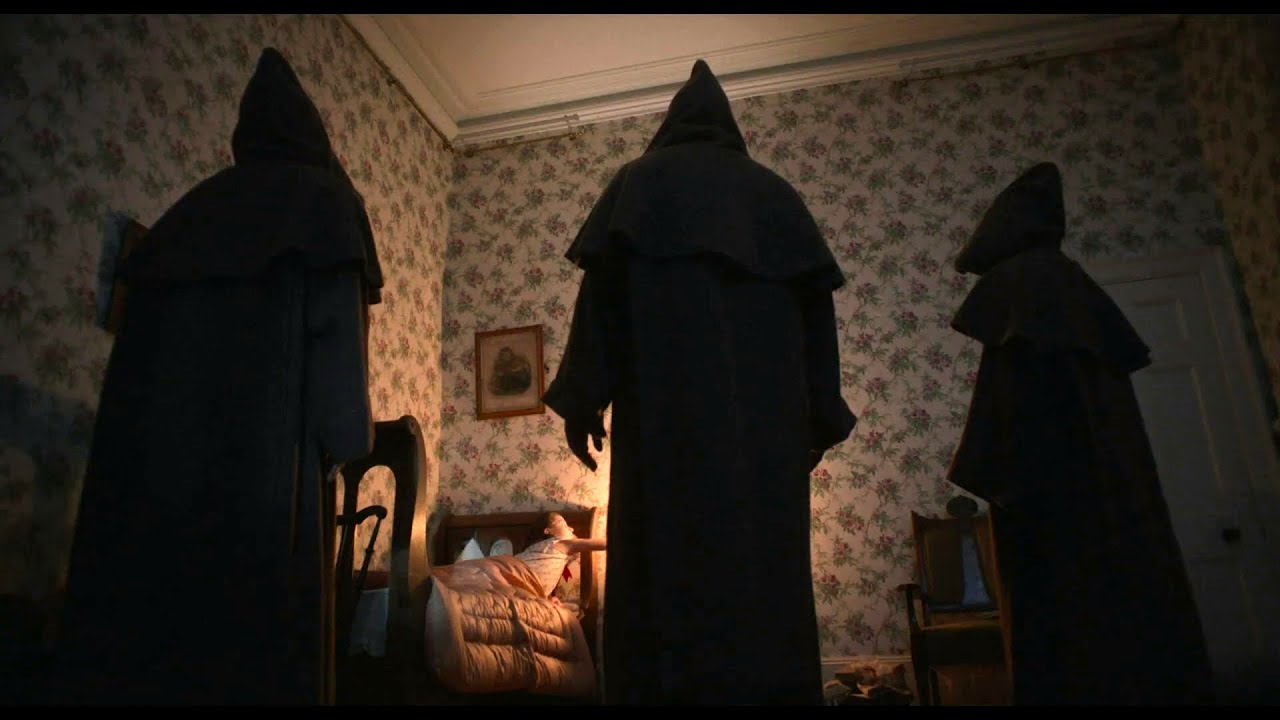 WestEnd Films’ The Banishing tells the story of Borley Rectory, “the most haunted house in England,” a site which continues to inspire fear and fascination in would-be ghost hunters nearly 100 years later. But even with everything that’s been written about the allegedly paranormal phenomena witnessed there, does Borley Rectory deserve its reputation?

The plot of The Banishing is (loosely) based on the accounts of Reverend Lionel Algernon Foyster (name changed for the film to Linus), his wife Marianne, and their daughter Adelaide, who moved into the rectory on October 16, 1930. According to the film, the previous reverend and his family mysteriously disappeared, and it doesn’t take long for the malevolent force responsible to begin harassing the Foysters.

In actuality, the previous reverend, Guy Eric Smith, simply left Borley Rectory on July 14, 1929 due to a lack of amenities (built in 1862, the parsonage had by then fallen into neglect). His wife Mabel did start to think the house was haunted, though, when she found a human skull while cleaning one day. Lionel Foyster later became convinced of it, claiming to have experienced such events such as bell-ringing, windows shattering, objects such as stones and bottles moving on their own, and most infamously, the appearance on the wall of mysterious writing that said things like, “Marianne light mass prayers,” and, “Marianne please help get.”

Lionel sent three separate accounts of his experiences to Harry Price, who had actually already investigated Borely Rectory when the Smiths lived there. Price was a stage magician, member of both the Magic Circle and the Society for Psychical Research, and a self-styled “paranormal investigator” who used his skills as a conjuror and prestidigitator to expose mediums. But unlike his American contemporary Harry Houdini, Price did in fact sincerely believe in psychic phenomena and mediumship. Price stayed at Borely for a year after the Foysters moved out, and he chronicled that time in the books The Most Haunted House in England: Ten Years’ Investigation of Borley Rectory and The End of Borley Rectory.

Sadly, we have good reason to doubt that either Lionel Foyster or Harry Price reported accurate accounts of true events. During his initial investigation of Borley Rectory, Price was accused by a reporter from the Daily Mirror, Charles Sutton, of deliberately staging some of the poltergeist activity, including, humorously, throwing rocks at Sutton himself:

Many things happened the night I spent in the famous Borley Rectory with Harry Price and one of his colleagues, including one uncomfortable moment when a large pebble hit me on the head. After much noisy ‘phenomena’ I seized Harry and found his pockets full of bricks and pebbles.  This was one ‘phenomenon’ he could not explain, so I rushed to the nearest village to phone the Daily Mirror with my story, but after a conference with the lawyer my story was killed. The News Editor said: ‘Bad luck, old man, but there were two of them and only one of you.’

Some of the other poltergeist activity which so captivated Lionel Foyster’s imagination was ultimately revealed to have been faked by Marianne, who later in life admitted to an extramarital affair with a lodger named Frank Pearless, AKA Francois D’Arles. As detailed in the 2018 book The Borley Rectory Companion, “while D’Arles was the tenant of the Rectory Cottage between March 1931 and February 1933, it seems certain that both he and Marianne on occasions claimed falsely to have seen or to have been attacked by ghostly figures and also produced poltergeist-type effects.”

One such example is given in 1992’s The Widow of Borley, in which Marianne’s own son, Ian Shaw, “claimed to have found by accident some string angling out of the ivy in the wall in the courtyard. When it was tugged it rang some of the house bells, for it was attached to a group of exposed bell-wires. This seems to dispose of the need to invoke the ghost of a strangled nun to ‘explain’ the ‘paranormal’ bell ringing.”

In some cases, the phenomena Lionel alleged to be ghostly activity might be attributed to his own declining mental state. According to paranormal investigator Trevor Hall:

Mr. Foyster was a sick man, both mentally and physically, during the Borley period, and his immediate memory was badly affected. He would forget what he had done, or where he had placed an article, and for this he always blamed the alleged poltergeists, a belief in which he was not discouraged by Marianne and d’Arles.

The nature of Borley Rectory itself, as an old building with many years of neglect, may have created events Lionel interpreted as paranormal. Drafts blowing doors shut, creaking floor boards, and birds that had a penchant for getting trapped in the house may all have contributed to the strange sounds which, in the absence of a skeptical mind and a rigorous and thorough investigation, were left unexplained.

There are good reasons to believe that fraud, deception, and simple mistaken assumptions can explain the haunting phenomena at Borley Rectory. Whether or not Price genuinely believed the location was haunted, or if he simply exploited Lionel Foyster’s story for his own gain, is debatable. But there’s enough evidence that we can safely banish the haunting of Borley Rectory to the big screen as mere entertainment.