'New Mutants Epic Collection: The End of the Beginning' is a Liefeldian epic, for better or worse
Advertisement 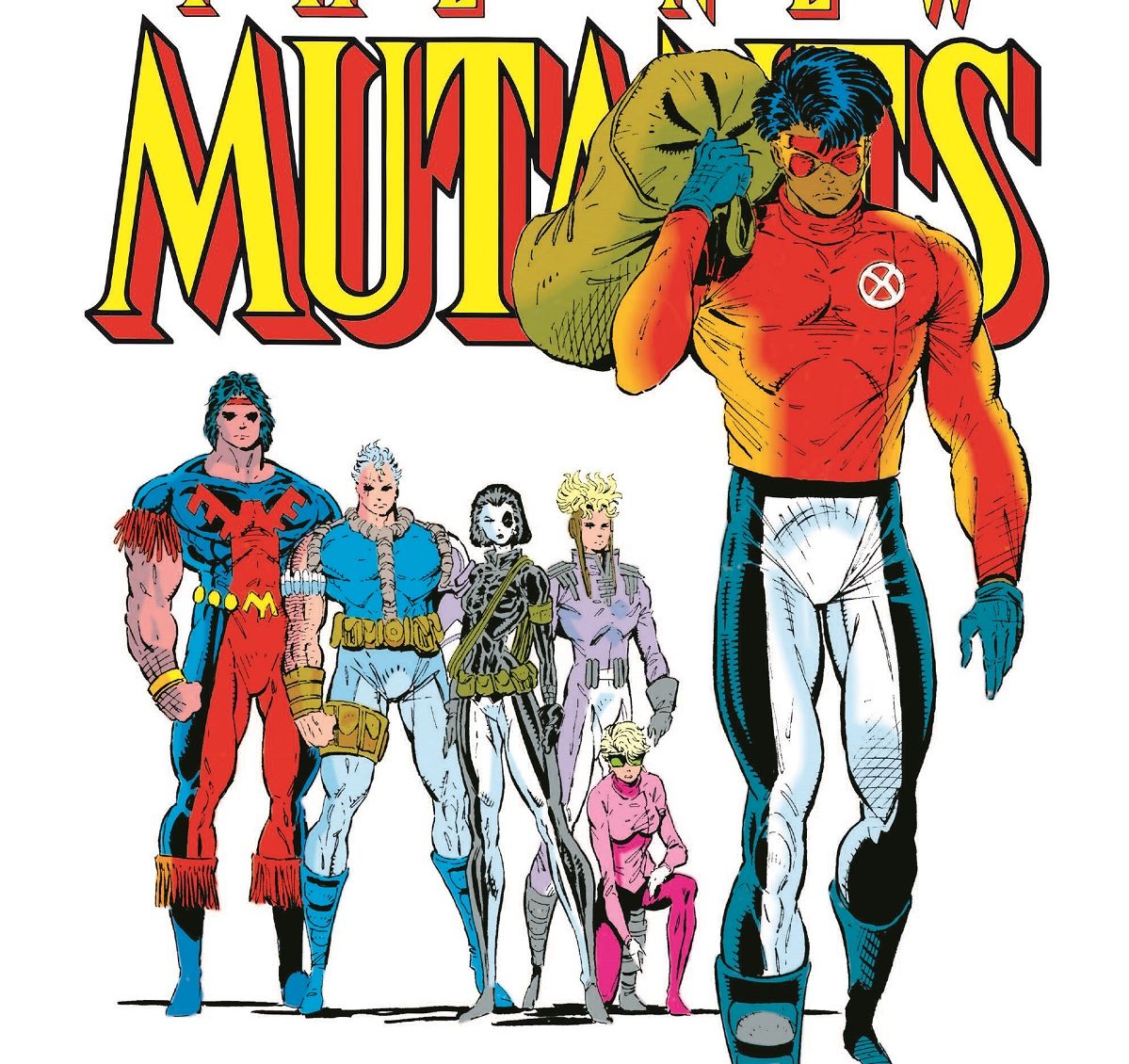 In its earliest days, The New Mutants was a book brimming with optimism. Under original scribe Chris Claremont, the book followed a team of junior X-people dealing with boatloads of teen angst as well the occasional superhero dustup. Like many teenagers, the series went through a bit of a goth phase, highlighted by the iconic art of Bill Sienkowicz, as the aesthetic and the storylines went darker. This being the late ’80s/early ’90s, it was only a matter of time before the book took a turn – TO THE EXTREME! And it doesn’t get much more extreme than Rob by-god-Liefeld.

Indeed, New Mutants was the first time that Liefeld became a name in the comics industry. Though he didn’t take over scripting duties at first, Liefeld’s “unique” takes on anatomy, fixation of the kinds of tough-guy tropes that would define comics in the early ’90s, and use of stylized violence helped launch the penciler into a level of superstardom that no one outside of perhaps Jim Lee can compete with. As such, while you may see Louise Simonson or Fabian Nicieza’s names on the latest Epic Collection, there’s little doubt that this is Liefeld’s collection.

The book actually begins with the entire X-Tinction Agenda crossover, contains the final few issues of New Mutants before the rebrand to X-Force, and then….uggghh, a few annual issues that feature a haphazard and forgettable crossover with X-Factor and (because it was the early ’90s) The New Warriors. With the benefit of hindsight, it’s clear that Liefeld’s sole drive was to get to X-Force. He sheds old characters like Rictor and Wolfsbane, brings in new ones like Warpath and Domino, and peppers in enough pop-culture references to make Kevin Smith roll his eyes. It’s no wonder that there was allegedly some beef between Liefeld and ostensible writer Simonson.

To call Rob Liefeld a polarizing figure is a dramatic exercise in understatement. The man is the Cool Ranch Doritos of pencillers – not everybody’s cup of tea, but with enough passionate defenders to make him an institution. This trade, for better or worse, is a collection of Liefeld’s nascent beginnings as a creative force. So while this trade begins and ends with other people’s stories, the central thrust is all Liefeld. And the worst I can say about the story here is that it’s just fine. The characterizations of Cable and Domino seem really off given the modern context of both, and James Proudstar isn’t really given a lot to work with from a personality standpoint, but otherwise, everything is fairly true to the characters – especially from this era. Sam is still a naive optimist trying to impress a father figure, Tabitha is written more as a collection of MTV VJ tropes than an actual character, and even Deadpool (whose debut occurs within the pages of this trade) sets a fairly accurate precedent for how the character’s ensuing decades of existence would play out.

Looking at the art in this trade with a modern context, it’s easy to go into this book with a negative outlook. To be fair, not every criticism of Liefeld’s style that has emerged throughout the years is on display in this trade. For example, his figures are mostly consistent and relatively proportionate, and you can in fact see many of the characters’ feet. Other complaints – overly similar faces, copied/traced images, over-reliance on rulers, limited understanding of perspective, and awkward body positioning – are far more present. If I’m honest, though, I’d still take Liefeld’s pencils over the work from the X-Factor team of John Caponigro and Allen Milgrom, and his character depictions are far more consistent than what we see across the New Warriors crossover toward the end of the book.

I won’t give a lot of attention to that sequence, but it has to be said how bad the continuity is in the (awful) depiction of villains Harness and Piecemeal, which look as if both artists were given different notes to work off of and weren’t allowed to see what the other had designed.

To harp on one more element of the terrible crossover with the New Warriors, it must be said that this was also a weird time for the secondary X-teams. Nowhere is that more apparent than with the Muir Island squad. A pre-mutant Moira (who has never been more over-sexualized in my memory…maybe the gratuitous underwear scene in X-Men: First Class) is joined by a semi-sane Legion, an undeveloped Siryn, and a (once again hyper-sexualized) Polaris who had temporarily lost her magnetic powers and was instead super strong for some reason? It was not great all around. That hyper-sexualization doesn’t end there either, as virtually every line of dialogue spoken between Nova and Namora is a come-on. It’s honestly astounding how far the character of Richard Rider has come since then. If the New Warriors had an HR department, there would have been a lot of sensitivity training done.

Overall, your feelings on this trade will hinge entirely on how nostalgic you are for the early ’90s. As far as the writing, this isn’t anyone’s best work, with a heavy reliance on the tropes of the day that dates the content immensely. The art is similarly of its time, and though Jim Lee’s issues are still crisp and enjoyable to this day, Liefeld’s work (which is the real draw of this trade, let’s not forget) is just not everyone’s cup of tea. Personally, I think this is a fun time for the characters, and though the dialogue and scripting aren’t great, this was the time period when I first started collecting comics, so I give a lot of runway for this to come together. It’s definitely not an “A” book, but I’d give it an honest “C+,” upped to a B if you’re a Liefeld fan.

‘New Mutants Epic Collection: The End of the Beginning’ is a Liefeldian epic, for better or worse
New Mutants Epic Collection: The End of the Beginning
This is a book specifically for '90s kids who grew up on Rob Liefeld. The X-tinction Agenda trade is a great addition to any shelf, and the remaining New Mutants Issues are fun enough. The crossover that came from the New Mutants, New Warriors, and X-Factor Annuals is pretty bad, but it's not enough to tank this book altogether.
Reader Rating1 Vote
9
The X-Tinction Agenda is a really fun crossover, and worth a spot on your shelf on its own.
For better or worse, this is probably peak Liefeld – at least before the founding of Image
You get the introductions of Feral, Deadpool and Domino, as well as the reintroduction of James Proudstar as a member of the team, all of which are pretty cool.
The art for the X-Factor issues in the crossover is the superlative worst I've seen published by Marvel comics.
Like I said...it's a Rob Liefeld book, and a lot of his issues are present in this book as well.
The Annuals crossover is really bad. From the art to the scripting, it's just so forgettable except for the negative aspects.
7
Good
Buy Now