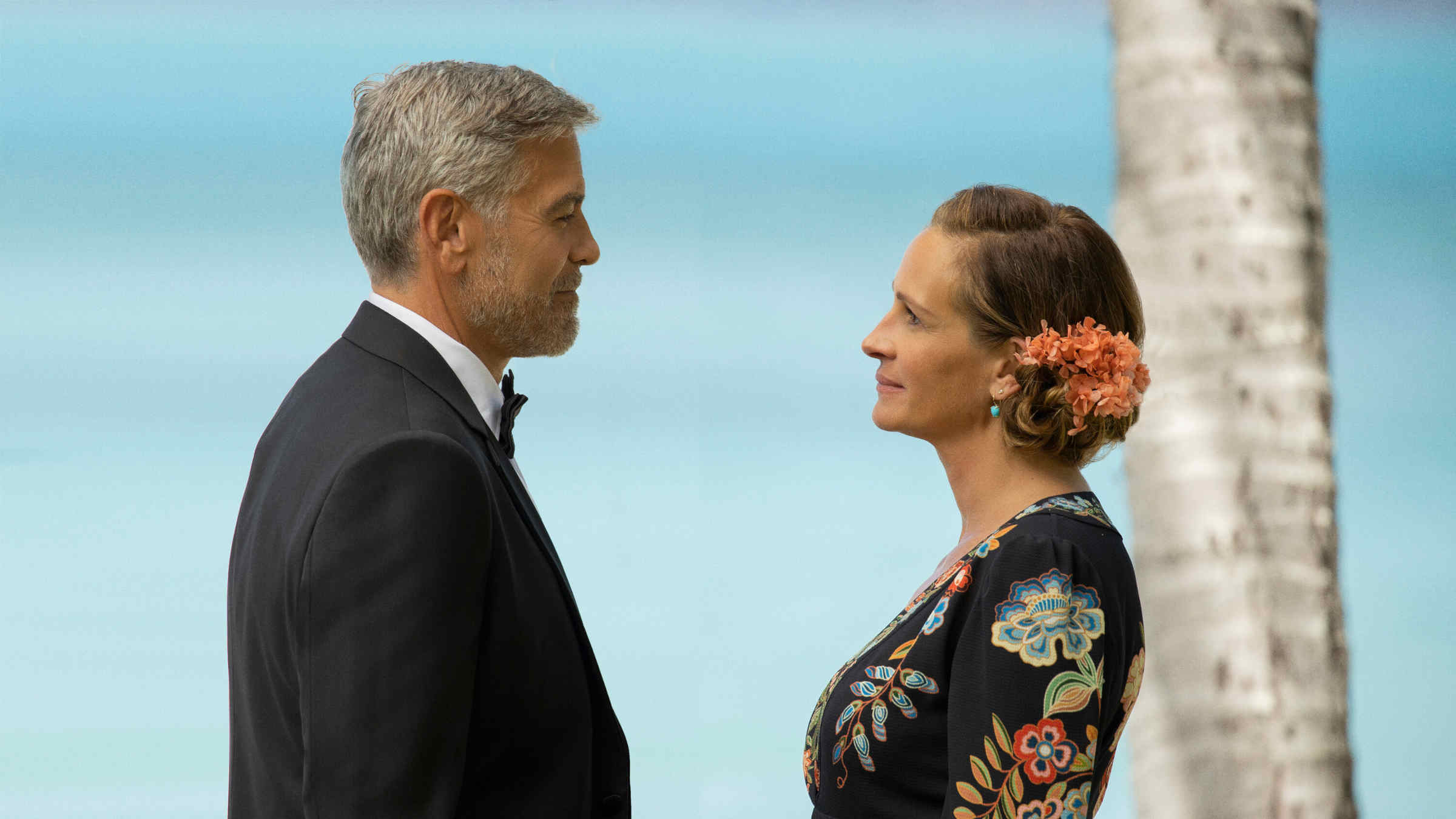 I actually had a good amount of hope going into this new Julia Roberts/George Clooney romantic comedy. They’re both so charming and talented and I also like Kaitlyn Dever. Billie Lourde has also been good in past projects. With a cast this gifted and a stunning location, I did have hope. Unfortunately, the writing here is just so bland and without any real spark or charm. People see films of this genre for their charm and humor and romance and Ticket to Paradise cannot seem to get any of that right.

In my view, the best thing Ticket to Paradise has going for it is actually two unknown actors that play supporting roles. Maxime Bouttier is one of them. He plays the very handsome and charming guy Dever meets and falls in love with in Bali. I’ve never seen this actor in anything prior to this but it’s impressive that he was more memorable and likable than either Roberts or Clooney.

The other cast member I really enjoyed was Lucas Bravo. Bravo plays Julia Roberts’s boyfriend. I felt so bad for this poor guy! He’s really sweet and so charming and just gets tossed aside time after time. I thought that the one thing I could count on here was that I’d like Roberts and Clooney in it. I can’t believe that Bouttier and Bravo, two unknown actors, played the only characters I liked.

It’s not really Roberts and Clooney’s fault I suppose. Their roles are just badly written and honestly really unlikable. They’re both so unbearably grumpy and unpleasant, especially Clooney. If the tension and hatred between them was actually funny then maybe things would be different, but almost none of the comedy lands.

As Ticket to Paradise went along, I just couldn’t help but think: “are we supposed to like these two people?” They go from unbearably mean spirited and over the top grumpy to wildly obnoxious. They’re either being negative and joyless or being wacky. None of it ever feels cute or charming.

Because there really isn’t a successful effort to get you to like these individuals, the dramatic rekindling of their romance falls flat. I couldn’t have cared less if they got back together or not. Eventually, I felt like they should get back together just because their irritating negativity seems to match up.

The effort to try and soften them up doesn’t even ring true. Am I now supposed to start liking these two people because they suddenly begin to not act like total jerks? Dever’s character is honestly not even super likable or super unlikable. She’s just sort of banal and bland.

And then Billie Lourde, who I love in American Horror Story and Booksmart, unfortunately just doesn’t have much to do here. She basically just pops in and out to drink and exchange a few lines with Dever.

So, we don’t have quality comedy or quality characters and there’s also not much to enjoy in the general plotline. The plot is so cookie cutter and boring, that it’s easy to check out. By the time we get to the end and everything we all knew was going to happen all along does, there really isn’t any satisfaction. Ticket to Paradise fails to make you care about the people it wants you to. Now there are comedies where the characters are not appealing, but it’s still funny. They don’t even get a small handful of laughs in this. There’s only one other positive besides Bouttier and Bravo and that’s a monologue delivered by Clooney at a hotel bar. In that monologue you see a glimmer of what this could have been.

Ticket to Paradise is a boring slog that is without humor, charm, or likable characters.

New ‘Creed III’ poster is all about family

“I will not be returning as Superman” Henry Cavill confirms