The 6 Most Unnerving/Terrifying WoW Bosses Ever
Advertisement

However sad it may be, World of Warcraft players, perhaps better than anyone else alive, know what it’s like to become fully immersed in a fictitious macrocosm. Therefore, with the feelings of excitement, triumph, and elation that one experiences when playing so zealously, it’s only natural to come across certain monsters and encounters that inspire those emotions from the other side of the coin: such as the most dreadful and pants-shitting fear imaginable. Just in time for Halloween… here they are:

After passing through the Befouled Terrace in the curious under-regions of Ahn’kahet: The Old Kingdom, bang a right and then clamber several tiers of gargantuan spider webs, and there awaits this Chtulu-inspired grotesquerie.

5. Forgemaster Garfrost of Pit of Saron

So imagine what it would be like to experience the enormous, illshapen mounds of fecal matter discharged sluggishly from this shambling behemoth’s asscheeks while trying to pry some nice loot from his self proclaimed “giant underpants.” 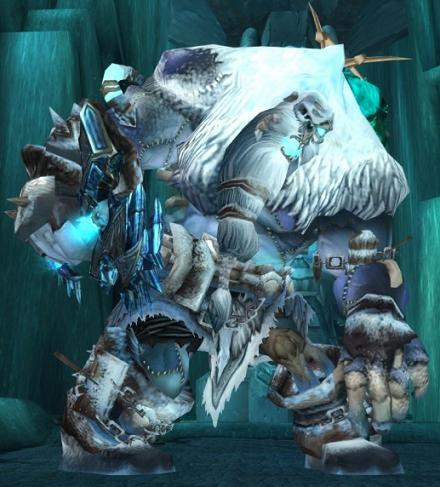 “Garfrost love give Cleveland Steamer… why you ask?”

4. Falric of Halls of Reflection

The first time I heard Falric’s gravelly utterance of, “Men, women, children… none were spared the master’s wrath. Your death will be no different,” was the second time my balls shriveled up like little wrinkled grapes while playing this game. The first being when I faced a Death Knight for the first time in Season 5 Arena.

Though essentially a tank and spank fight , back in Vanilla WOW, this guy was no joke. If even one raid member faltered, sneezed, pulled aggro, or let his cat grind its nipples across the keyboard and subsequently caused a healer to mismanage their mana, all would suffer. The Hateful Strikes and Frenzies of this lumbering monstrosity caused more friendships to fail and dicks to go flaccid than Snooki from Jersey Shore.

No list of dread inspiring bosses is complete without this guy. Whether bludgeoning (at the time) innocent civilians in Stratholme with his enormous silver-hued hammer as a young paladin with faltering morality or committing patricide with a mirthful glint in his eye as a Death Knight or performing myriad unspeakable atrocities as the Lich King, Arthas is the World of Warcraft equivalent of Anakin Skywalker, Darth Vader, and Sauron all coalesced into one deplorable package.

Name another boss that can literally one shot the entire raid for the fun of it, summon unliving horrors from the very ground on a mere whim, or separate a player’s very soul from their body to create a malefic doppelganger, all the while barking baleful putdowns in a voice best described as, “Cookie Monster doing his best Cannibal Corpse impression.” You can’t. Arthas is one of the most important characters in the WOW mythology, and Blizzard exemplified this through the effort they put into making him one of the most intimidating and daunting villains in a game ever. 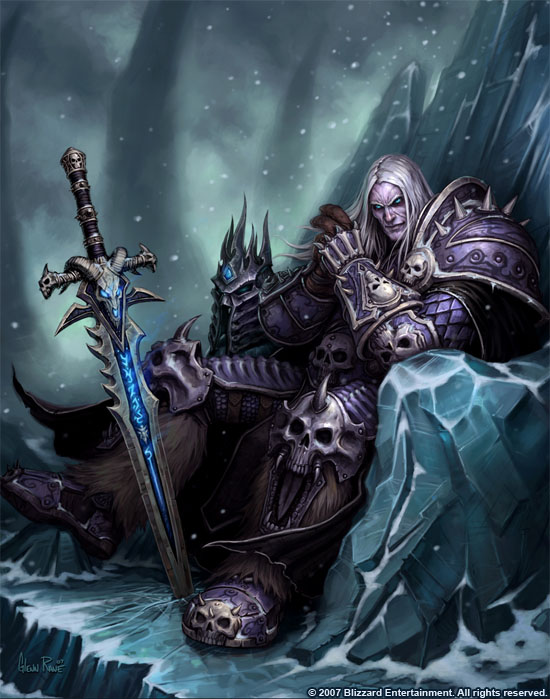 1. C’Thun of The Temple of Ahn’Qiraj

Oh yeah, and the thing inundating the entire raid’s very subconscious with these charming little derisions in the creepiest of telepathic whispers looks like this: 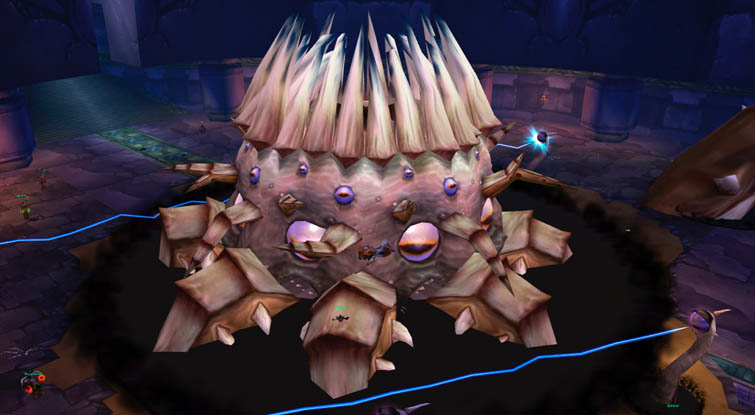 The deranged looking lovechild of the Sarlacc worm that swallowed up Boba Fett and Krang from Ninja Turtles. Say, I hear sprinkling a few pinches of baking soda on soiled underpants is an effective way to suck up some of that fetid moisture.

9 More of the Most Annoying Online Gamers

What to Expect at This Year’s Blizzcon