The 4 Most Outdated Internet Insults
Advertisement

The Internet is a wonderful invention.  It allows people all over the word to better mankind through the instant transmission of data.  Logically, the ability to share and learn about one another instantaneously should by all means lead our civilization into a utopian era of heightened learning and peace.  But no, what do we use this modern marvel for?  To anonymously sling cruel insults at complete strangers for the sole purpose of temporarily feeling better about ourselves.

A central hive for this hate breeding is through today’s wide range of online multiplayer video games.  I get that it is just part of the culture.  I get that people need to vent their anger and this is a way to do it.  My only problem with it is the lack of creativity.  People are still using the same s----y made-up insults that plagued the Internet a decade ago.  Some of them aren’t even being used correctly.  Here are a few of my least favorite:

I’m starting with the heavy hitter.  F--k this word.  There’s such a blatant ignorance to this word it quickly drives me into a rage.  The instance someone spouts this term I immediately know that he is either a twelve-year-old using up a half hour of his allocated “computer time” or a 28 year old neck-beard, angry at a world that doesn’t “get” his World of Warcraft slash fiction.  One way or another he’s a virgin.

This world has been around for two-dozen years.  It is old.  It is played out. Why is it that “L33t” and “hax0r” gracefully bowed out from our subculture yet “noob” lingered behind?

I think the term is an insult more to the user than it is to the recipient.  Calling someone “noob” impresses no one.  All it does is confirm that the user is, in fact, the noob.  Not a noob at the game per say, but a noob at life.

I’m not saying you need to be nice to others while playing your competitive video game.  God forbid.  All I would suggest is think of a different word.  One that hasn’t been integrated into your brain as the most offensive insult you can place upon a fellow player.

Before you can even comment, yes. The only reason I don’t like the word is that I am, myself, a noob.

You know what really annoys me about the term “camping”?  Most of these kids aren’t even using it right.

You play Modern Warfare.   You blindly take a turn and get a sniper bullet to the noggin before you can even think.  Before long you’re 3/21 and you can’t think of anyone else to blame but that sniper.  As soon as the game over you hop on your headset and start shouting about how he’s a “camping bitch”.

He’s not camping.  He’s sniping.  That’s what snipers do.  It is not his fault you kept going around that same corner into that same open field whilst practically painting a target on your face.  That’s on you.  Own up to it.

Camping is a term that was concocted in the late nineties during the Quake era of online multiplayer.  “Spawn Camping”, as it were back then, was when a player would find his way to one of the non-randomized spawn points for the opposing players and he would simply wait about for his enemies to respawn.  He would then gun them down before they even had a chance to get their bearings.  That is a douche move.  The term was created to hang a mark of shame on such players because hey, that’s not how the game should be played.

The guy you’re angry at is playing the game as it is intended.  If you don’t like it, get a sniper rifle and hunt him down.  You may even end up having fun.

Calling that guy “a camper” isn’t going to ruin his day.  He’ll most likely respond quickly with some meme reference along the lines of “U Jelly?”  Don’t give him the satisfaction. Don’t try to insult him with age-old terminology. It won’t work. 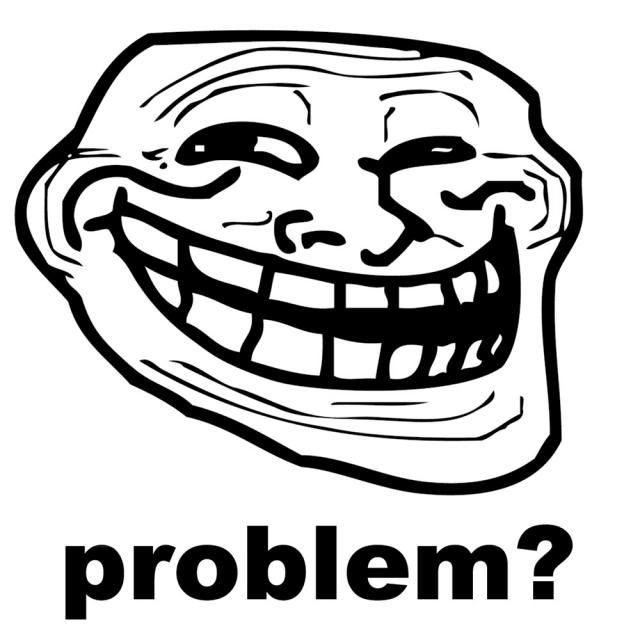 Patrick touched upon the subject of young men bestowed with the gifts of anonymity and a microphone in a previous article.  I just want to say that I agree, and that they should shut the f--k up.

I’ve sometimes reflected on what gears must not be working inside such a person’s mind to move them from thinking “slurs should not be used,” to “this is appropriate language” and finally settling in the wacky realm of, “this is a fun way to spend an afternoon”.

Of course it is simply a product of their lack of consequences, since in just a few cycles of matchmaking they’ll be pestering an entirely new group of players.  These newcomers will undoubtedly pass it off as just some ignorant jackass on the Internet.

Thank god for mute, that’s all I can say.

It looks and sounds just as stupid 60 years later!

GG (Good Game) is an RTS favorite that is used at the end of each game in an attempt at sportsmanship.  And yes, it’s a nice thing to say.  So what’s my problem?  It is feigned kindness.

Look, at the end of the day we know that last game of League of Legends wasn’t a good one.  I went 3/10/2.  Our jungler died seven times at blue buff and we had a rage-quitter ten minutes in.  Bottom lane (my lane) fed.  It was over before it started.  When we finally get to surrender at the 20-minute mark the first thing the entire opposing team spouts out is “GG GG GG GG GG”.  It’s almost insulting.

Listen, if I wanted fake sportsmanship I’d play sports.  I’m not saying don’t congratulate each other when the game IS good.  That’s fine.  But if it’s an abysmal match, I’m much more comfortable with condolences.  “Sorry that guy quit.” Hell, even a “Sorry you suck so bad.”

I’ll thank you and move on.

I know these words aren’t going to go away.  No half-thought-out article on the Internet is going to change things, especially not this one.  All I want to suggest is get more creative.  I prefer to be incredibly nice to people.  Most find it refreshing and return with kindness.  The others just get really confused, which is fun. 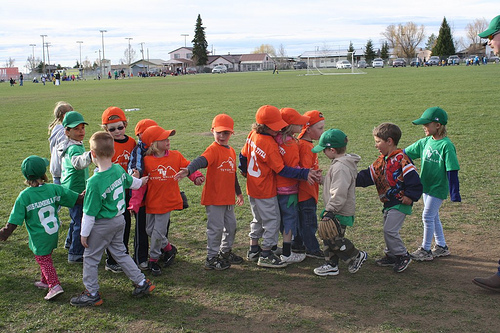 The Ages of Minecraft