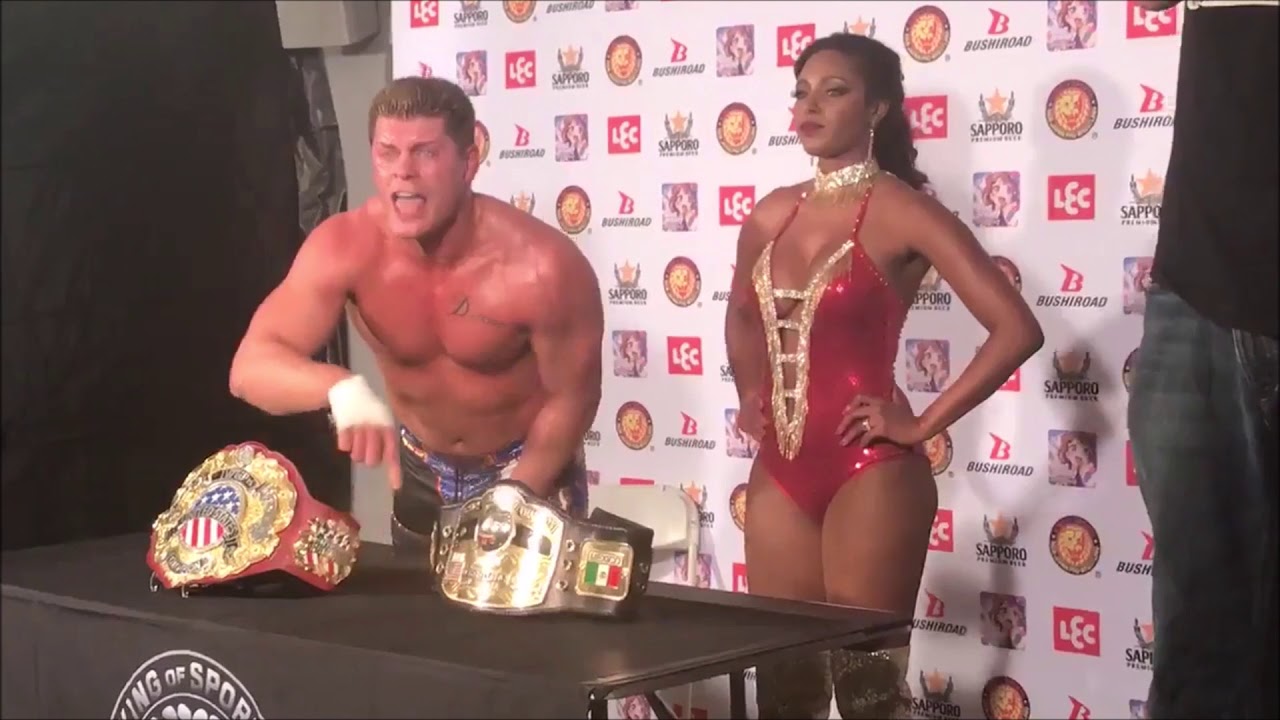 One month almost to the day of capturing the NWA World’s Heavyweight Championship at All In, Cody Rhodes defeated Juice Robinson at Fighting Spirit Unleashed in Long Beach, California to become the new IWGP United States Champion. Juice won the title from Jay White back in July, and was the first American to hold the championship.

After winning the title, Cody talked to the media, where he revealed he thinks it’s “pretty possible” The Elite shows up in WWE in some fashion next year, noting he isn’t afraid of any company’s management.

Congratulations to Cody, whose spectacular 2018 keeps on rolling.