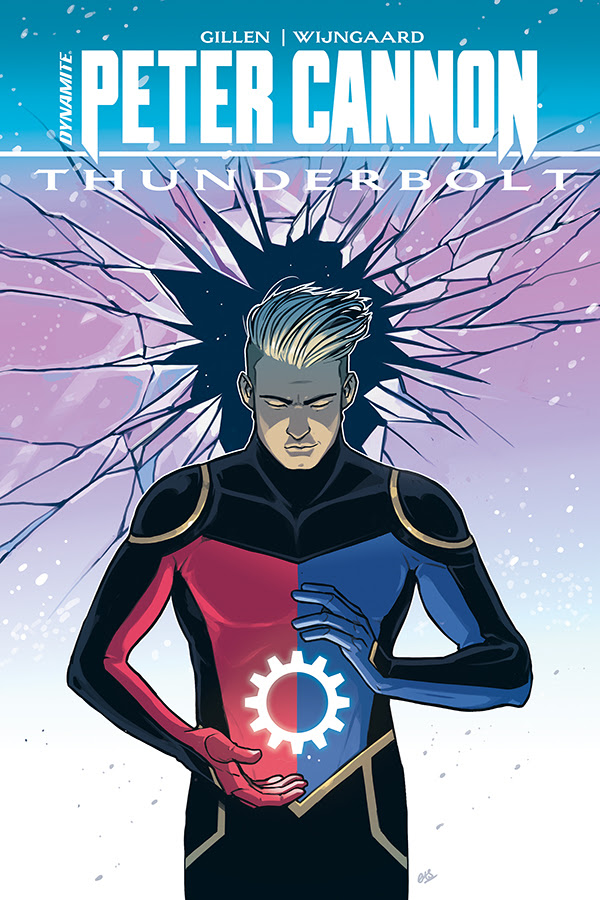 Not only is Kieron Gillen writing superheroes again… Not only is Pete Morisi’s iconic Charlton hero back again… The series turns the mirror around to reflect the deconstruction of the legendary text, Watchmen. Peter Cannon of course served as the template for Alan Moore’s Ozymandias, alongside the other characters inspired by Charlton Action Heroes. What if the inspirations get to respond to this modern post-Watchmen landscape of the medium?

The ambitious series by a perfectly in-synch creative team wowed fans and critics when it debuted at the beginning of 2019. Kieron Gillen, the Eisner-nominated and fan-favorite Uncanny X-Men, Darth Vader, The Wicked + Divine scribe is matched by rising artist extraordinaire Caspar Wijngaard (Limbo, Assassin’s Creed), colorist Mary Safro (Drugs & Wires) and renaissance man and Eisner-nominee Hassan Otsmane-Elhaou (Lone Ranger, Shanghai Red) on letters. Additionally, this editions contains all the gorgeous and fun covers of the series by Kris Anka (Runaways), Kevin Wada (Buffy The Vampire Slayer), Chip Zdarsky (Daredevil), Sean Phillips (Criminal), Christian Ward (Thor), Paulina Ganucheau (Xena) and more! All bringing 110% to this series. The next classic text? You be the judge.

This edition will collect the entire series in a high quality hardcover with pages measuring 7.2 by 11.2 inches. Readers can marvel at Wijngaard and Safro’s art at this larger size. And even Ostmane-Elhaou’s subtle lettering tricks, especially in the game-changing fourth issue.

Kieron sums it up in short, “This is the superhero comic I’m most proud of. It also has at least three funny jokes. This is all I’ve ever wanted.” 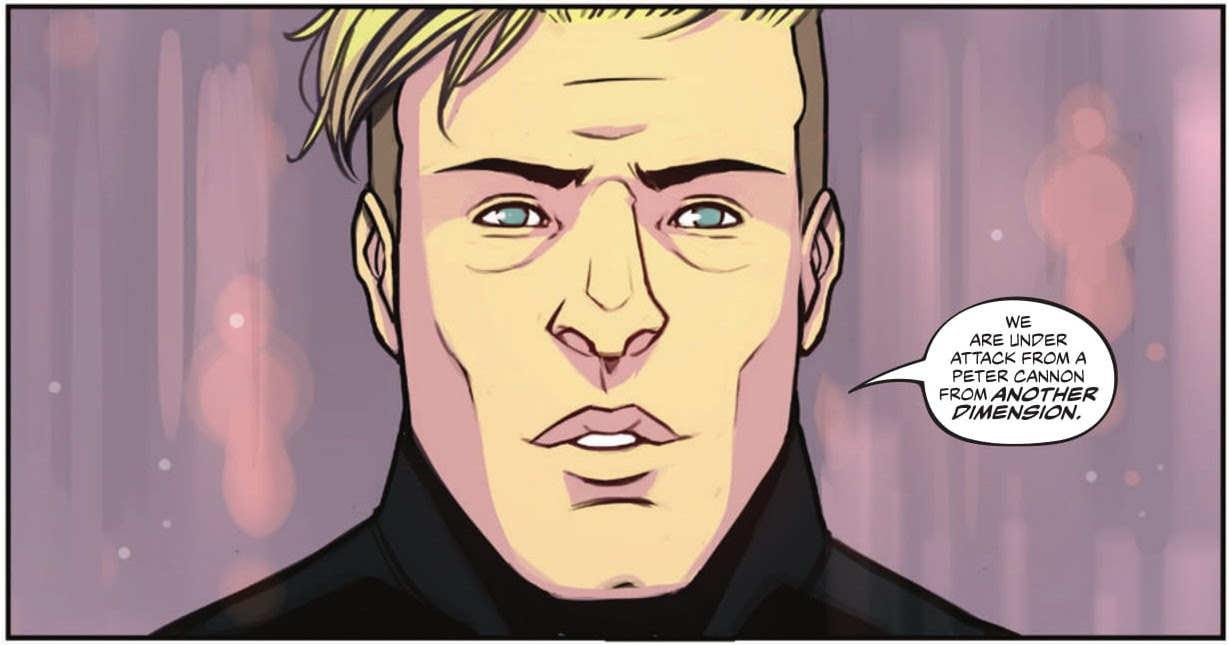 The series has been lauded by such creators as Warren Ellis, Steve Orlando and Joe Illidge. While critics raved about the series. Check out some of the great review quotes!

“This is the book everyone should be reading this year… The kind of page turn every reader hopes they’ll get every time they pick up a comic… Unique, bold, experimental and utterly fresh, this series is ridiculously brilliant… One of the smartest books being published. This is a creative team on fire, making ambitious comics that you’d only dream of seeing.” – Adventures in Poor Taste (read the whole review here)

“A comic book reckoning that’s been 30 years coming… This is a more worthy successor to Watchmen than anything Watchmen’s publisher has attempted” – ComicBook.com

“It’s a miracle that Peter Cannon: Thunderbolt packs as many ideas as it does into 20 pages and still has space for beats like this.” – Newsarama

“It feels like something new. Something different. And even more, a series with something to say.” – Multiversity Comics

Fans can cherish this edition of the book, studying it closely for all the Easter eggs and homages. At least until a prequel unauthorized by Gillen is announced…

The Peter Cannon: Thunderbolt Oversized Hardcover will be solicited in Diamond Comic Distributors’ July 2019 Previews catalog, the premier source of merchandise for the comic book specialty market, and slated for release in September 2019. Comic book fans are encouraged to preorder copies with their local comic book retailers. It will also be available for individual customer purchase through digital platforms courtesy of Comixology, Kindle, iBooks, Google Play, Dynamite Digital, ComicsPlus, and more!

Harley Quinn gets a new origin from Stjepan Šejić this September