'New X-Men: The Quest for Magik - The Complete Collection' is a hell of a good time
Advertisement 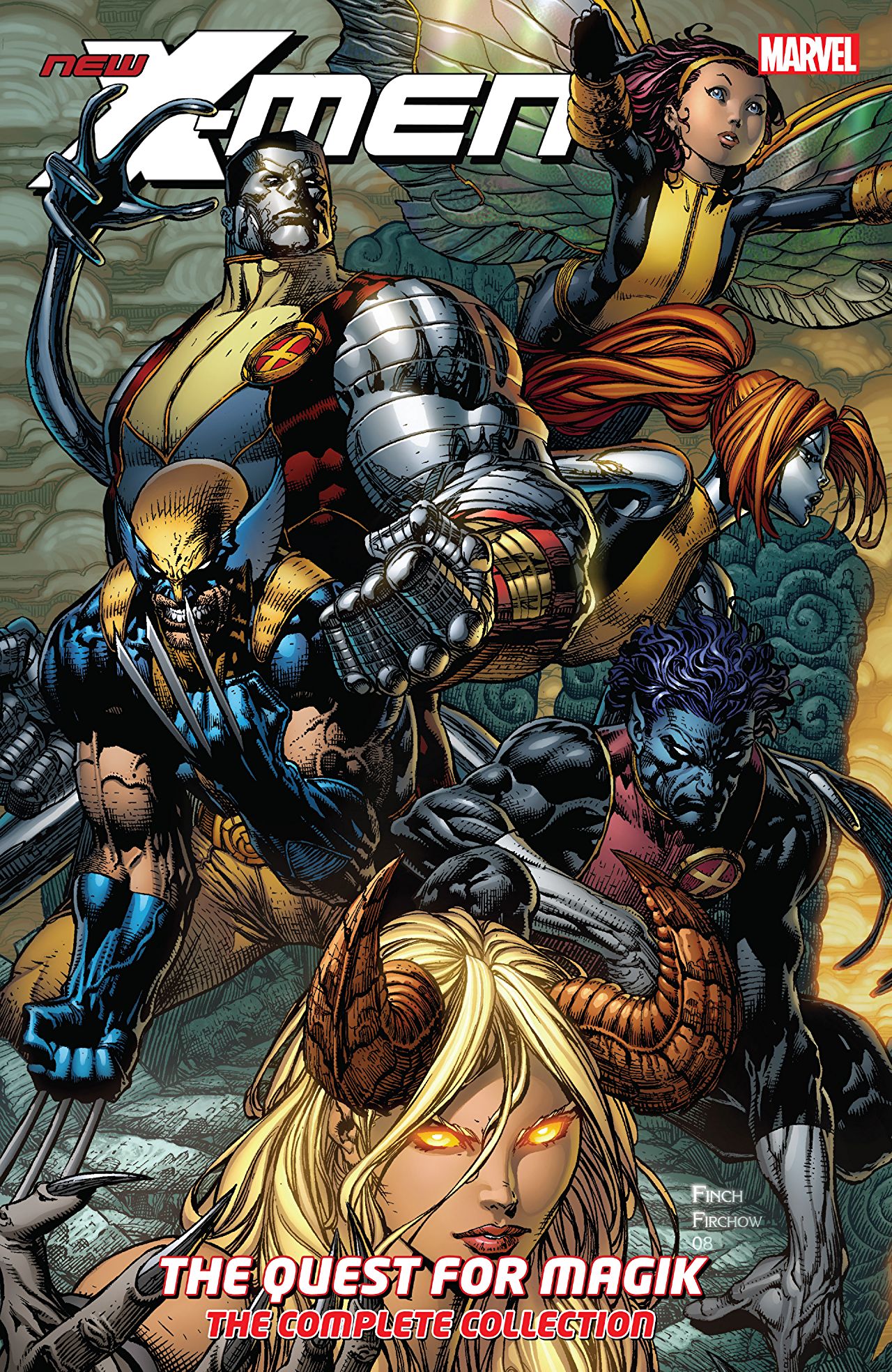 Any long term fan of the X-Men has a favorite era. Whether you’re a Claremont die-hard or you swear by Grant Morrison or Joss Wedon’s runs with Marvel’s most magnanimous mutants, there’s usually a time and place that you instantly think of when you think of the X-Men. Though I’ve been a fan since the ’80s, my favorite period of the X-Men to date may just be the decimation era. Coming out of the House of M crossover, mutantkind was reduced to a mere 198 (sort of; they never really stuck to that number in any meaningful way) and a new spotlight was shone on the next generation of X-Men. The New X-Men, as they were known (though they would be called everything from “Young X-Men” to “New Mutants” over the years), was a fun roster of interesting and well-developed characters with unique personalities whose formative years were run asunder by the near extinction of their race. Characters like Surge, Prodigy, Hellion and the rest got a chance to step into the forefront and deal with real dire issues that made them grow and develop. That they were then dropped unceremoniously and all but forgotten is besides the point, this was their time to shine — and they never shined brighter than in the Quest for Magik arc.

While the storyline was really just an excuse to reintroduce Illyana Rasputin to the X-Men, the most interesting part of Colossus’ little sister’s recurrence came as most of the New X-Men were sucked into the hellish dimension of Limbo. Throwing barely trained X-kids into the literal fires of hell would be bad enough, but it turns out that ersatz Mephisto, Belasco, is back in charge and he’s got a hankering for some spankering — which, in this case, means brutally murdering X-Men, reviving them with dark magics, and then doing it all again. See, the Dark Prince of Bel Air is looking for Illyana Rasputin and can’t seem to differentiate the smells of people who lived in her old house from the real deal. While half the squad faces off Wild Bel Hickock, the others are working alongside the resurgent Illyana, here in her Darkchylde form, who is trying to steal junior X-person Pixie’s soul to recreate her most powerful weapon: the soul sword! This arc, which ran from New X-Men #37-43, are honestly some of my favorite comics of all time.

It doesn’t take itself too seriously, either. Marvel Comics

Sure, there are other pieces in this sizable trade, including a prequel piece about Colossus’ guilt at the loss of his sister (a side story from X-Men Unlimited #14), the arc that revealed X-23’s horrifying past to her New X-Men teammates (NXM #33-36), and the inevitable return of Illyana’s human legs and soul (X-Infernus #1-4), but the Quest for Magik arc is the meat and potatoes here. Everything is firing on all cylinders — Craig Kyle and Chrisopher Yost expertly craft a tale that introduces a lot of lesser known characters and makes them feel whole, while the hyper-stylized pencils of Skottie Young (who had not yet entered his “Marvel Babies” cover phase) adds so much personality to the young cast, as well as the demonic landscape of Limbo. This is the series that made people care about characters like Pixie, Anole and Rockslide (three of my personal favorites), revitalized waning stars like Prodigy, and inspired my (and few others it seems) devotion to the dynamic between Surge and Hellion. It also introduced interesting side characters like Gentle, Wolf Cub and Match, and provided the most coherent version of Blindfold outside of the Legion series. It’s really effing good, is what I’m getting at.

Plus the awesome redesign of Rockslide that was abandoned all too quickly.

That’s not to suggest that the rest of the trade is bad, of course (though Marvel Editor-in-Chief C.B. Cebuski’s X-Infernus series is undoubtedly the weakest element), but the main thrust of the trade is so strong that it’s hard to avoid the feeling that the rest of the inclusions — no matter how well told — are just padding. Kyle and Yost’s X-23 story is good, and Cebulski’s X-Men Unlimited story is a heartfelt portrait of a normally stoic hero, but they are relegated to window dressing in the face of the brilliant Limbo arc. So much of import happens, whether that be Rockslide or Anole learning new facets of their powerset, Pixie growing into a darker and more relatable character, or the simple human characteristics starting to show cracks in the Darkchylde’s monstrous facade. It really is masterful storytelling and shines the light on some underserved characters without feeling forced. It’s honestly something I really miss in X-Men comics.

At 392 pages long, this trade is a welcome addition to any shelf, but particularly fans of the younger X-Men. These are seminally important developments in the lives of many emerging characters in the X-canon. Sure, a lot of them aren’t really around much anymore (bring back Surge and Hellion, you cowards!), but these are the kinds of stories that make fans of these more obscure characters. If you’re a fan of Illyana, this is a pretty good pickup, but if you’re a fan of Pixie, this is mandatory reading.

New X-Men: The Quest for Magik - The Complete Collection
Is it good?
The Limbo arc alone is worth the price of admission, so like, yeah, this is a pretty good trade. Cebulski's work is fun and adds color, but this is Craig and Yost's book. Their understanding of these characters is so perfect and complete, and with Skottie Young's best pencils to date, this is a trade you want on your shelf.
The Good
My favorite work by Skottie Young of all time.
Craig and Yost have a real understanding of the characters and it makes the dialogue crackle with energy.
There is a ton of content here, making this a great value.
The Bad
X-Infernus isn't that great or memorable, which is a problem since some important things happen.
9
Great
Buy Now
Comixology/Amazon

First Look: ‘League of Legends: Lux’ out in November

Middlewest #8 review: the power of anger