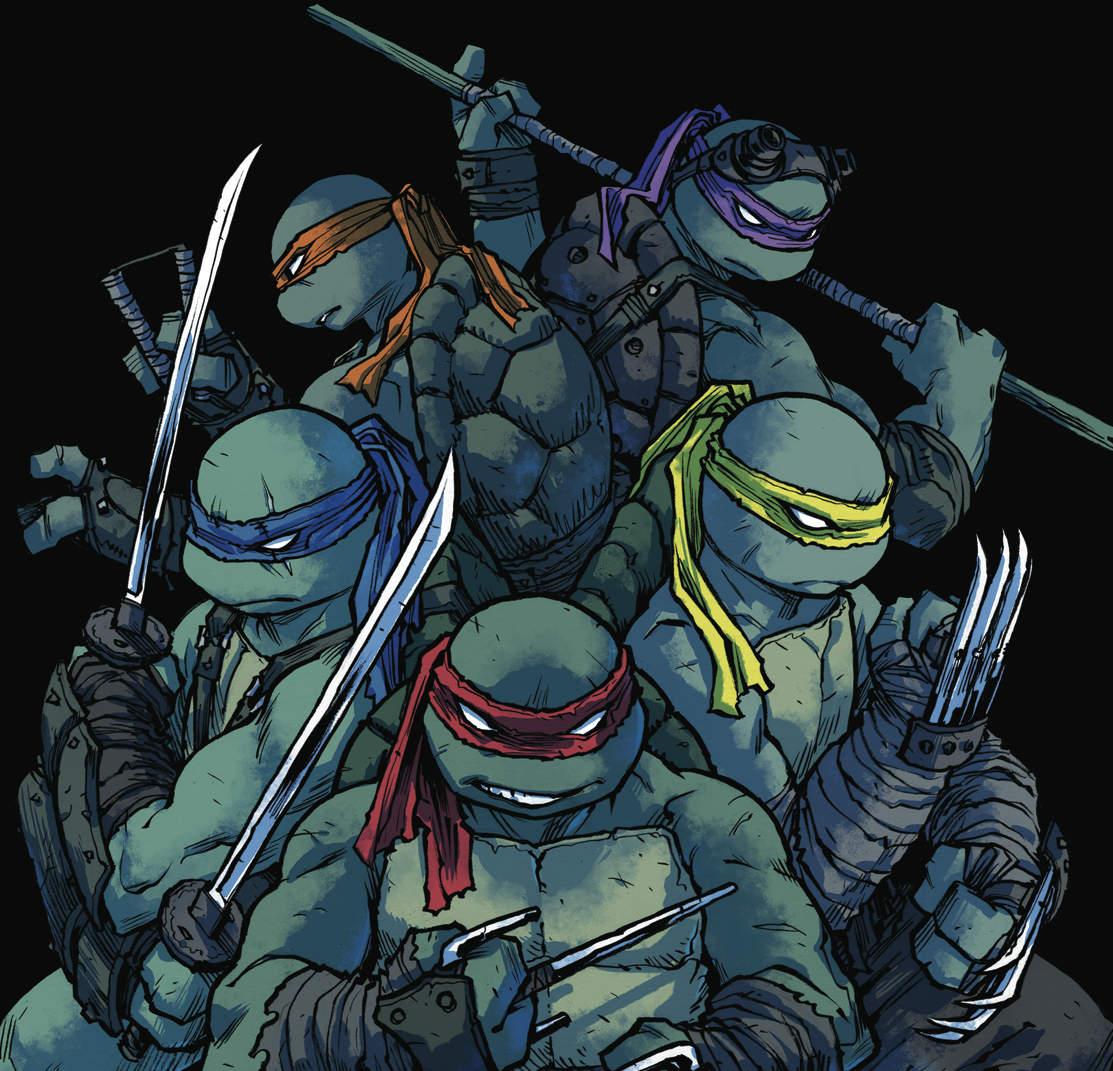 In complete truth, I never got to read IDW’s Teenage Mutant Ninja Turtles series until now. As a kid, I grew up watching TMNT. I’d even convinced my mom to buy me a lunch box with them on it. I had a toy of Donatello, my favorite turtle, and even used to pretend I was him if I ever got my hands on a stick in my backyard. That was years ago, and I haven’t interacted with the Turtles since. I’d see something from the property like a film or a new cartoon, but nothing ever assuaged the tinge of nostalgia I had for my childhood memory of that series. And then I read issue #101 of TMNT, after all the hullabaloo about it being the epitome of the Ninja Turtles. And I’m here to tell you, it brought me the hope I once had in my childhood.

Sophie Campbell has performed one of the most captivating introductions for a run by a writer that I have had the pleasure of reading in a long time. Performing double duty as both writer and artist, she flawlessly captures the narrative scope of her run for this series. Following the 100th issue with a genuinely status-quo changing event, writers tend to mine the tragedy of those events and perform the same tired tropes of that plotline.

Campbell does something narratively interesting with this story in that she pushes our titular characters back and allows for us to focus on the newer character of Jenny who’s able to relate herself to all of these newfound mutations in New York. Despite how apocalyptic the setting has now become due to the effects of the 100th issue, Campbell maintains fantastic subtlety and intimacy.

With the loss of Master Splinter, the turtles are all looking to protect their defined versions of the sanctity of life; Raphael has delved deeper into his vigilantism, Leonardo has become a gardener, Mikey has become protective of a cat, and Donatello has been observing and assessing people. For a new writer, Campbell managed to distill these characters to their essence of what they cherish. This encapsulation helps us understand the detriment that grief has put upon our normal perception of these four protagonists.

Stunningly, Campbell instead chooses to focus on the new paradigm shift of MutantTown New York through the lens of Jenny and the shelter Alopex has created for the Mutanimals. Her narrative decisions and visuals all bring center on a stunning emotional logic that manifests itself in our current political arena. The beauty of Campbell is that this story allows for the discussion of immigration, political persecution, and climate change.

These playful employments of narrative expectation through her writing and art are only amplified through the magnificent colors by Ronda Pattison and letters by Shawn Lee. While the beginning of the issue begins in somber silence, Lee’s word balloons allow for amplifying the stark intrusion that noise brings on a sad soul. This along with the shaded hues through Pattison allows for these great transitions between the perspective of characters.

Campbell’s debut has inspired me to not only read the last issue but question the notion that I was more grown-up for not reading this series. TMNT has managed to capture a whole new set of narrative potential within this new series and allows for new readers to have a fantastic ride! As a poor pre-med, the idea of investing money into a long-running series is more intimidating than it is a joy at times. But with Campbell’s first issue, I have faith in the future of this series and want to relive its history now more than ever. Cowabunga, dudes!

Teenage Mutant Ninja Turtles #101
Is it good?
An intimate debut that manages to embrace new readers, while still maintaining the essence of what the Teenage Mutant Ninja Turtles are.
Serves as a great beginning for new readers.
Captivating and detailed artwork.
Creative designs of newfound background characters.
Settles into character through visuals and exploring their desires.
Ends on a cliche.
9
Great
Buy Now
Comixology/Amazon

Diana: Princess of the Amazons Review