Our favorite new Pokemon from Sword and Shield
Advertisement 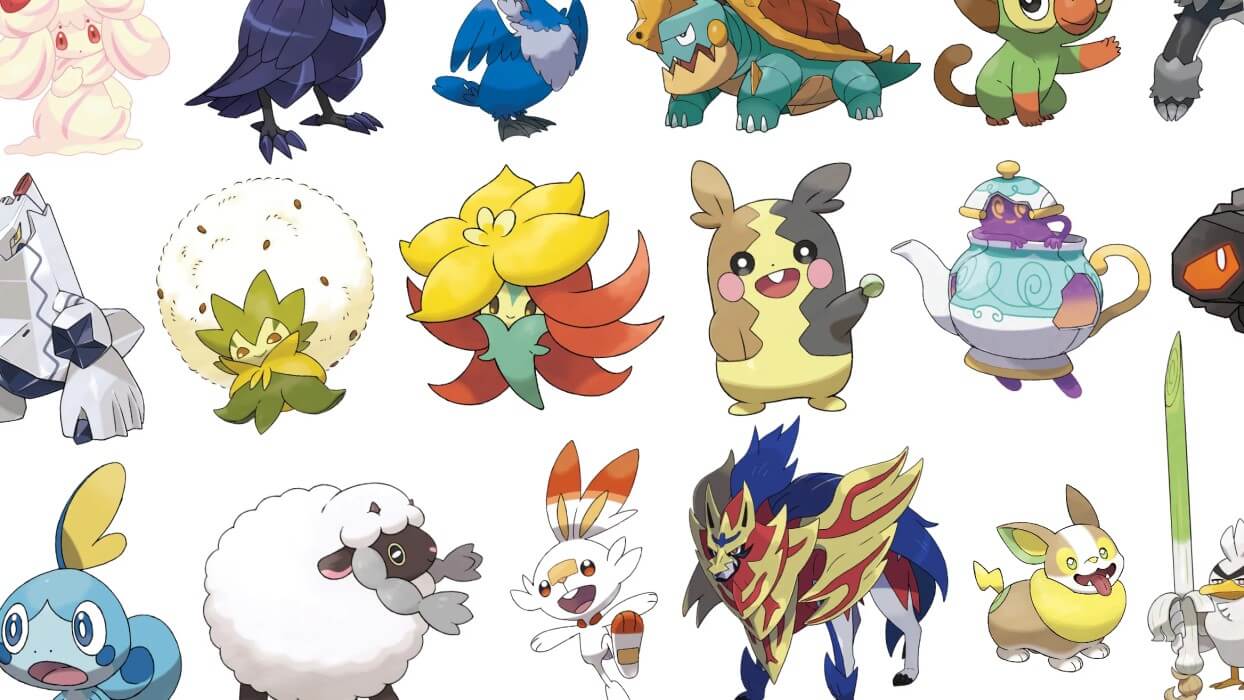 As my 11 Pokemon that desperately need evolutions article can attest, I’ve been fienin’ for a Farfetch’d evolution for a while now.

In Pokemon Sword and Shield, my prayers were finally answered in the form of Galarian evolution Sirfetch’d.

Sirfetch’d might still have subpar HP and Speed like its preevolution but now it boasts a bold 135 base Attack, above-average 95-base Defense (thanks to its sturdy new leaf shield) and a crushing STAB Close Combat thanks to its brand-new Fighting-typing.

Farfetch’d has gone from a never-used, feeble waterfowl to a top-choice cavalier thanks to Pokemon Sword and Shield — and I couldn’t be happier.

Duraludon is weird-looking at first glance. He looks kind of like a Digimon. Mixed with a Diaclone. And an industrial lighter. And an origami crane. And… well, that’s enough rashing on Duraladon’s appearance.

Because first appearances aren’t everything. And despite everything I just said, Dragon/Steel is an intriguing, unique type combination (shared by only one other Pokemon, the Legendary from Pokemon Diamond, Dialga).

A little digging into Duralodon’s overarching theme further bolters his likability. Its name is derived from the metal duralumin, a hard, light alloy of aluminum with copper and other elements which is susceptible to corrosion.

Its body resembles polished metal, and it’s both lightweight and strong. The only drawback is that it rusts easily.

Even more fascinating are the allusions to kaiju and Godzilla. If Tyranitar is Pokemon’s Godzilla analogue then Duraludon is its Mechagodzilla. That comparison is made clear in the official Pokemon website description:

Actualizing the Godzilla/Mechagodzilla rivalry in Pokemon is the blessing we didn’t know we needed.

To top it off, Duraludon has a respectable 535 stat total — although the base 50 Sp. Def stat is a little worrisome, we look forward to seeing if Duraludon can quell the pervasive Gyarados, Dragapult and Barraskewda threats of the ranked single battle meta right now with its hard-hitting Thunderbolt, Flash Cannon, Dragon Pulse combination and strong Defense base.

Punk is alive and well in Galar with Toxtricity. This Electric/Poison Pokemon shreds with a distinctive type combination and an entertaining ability in Punk Rock, which boosts the damage of sound-based moves.

And let’s face it — it’s not like I’m not going to play as a bipedal, punk lizard with an electric mohawk.

Falinks’ overall stats aren’t that impressive, but its slick, spartanic design, militaristic synergy gimmick, and interesting movepool (especially signature move No Retreat) have made it one of my Sword and Shield guilty pleasures.

The moment I saw this clip of a game of fetch with Yamper, Boltund’s preevolution:

You can play fetch with the dog in Pokemon Sword and Shield pic.twitter.com/T48Nqn4YFn

I knew I had to have one to call my own.

Fossil Pokemon have always been a fun concept; who doesn’t want to revive the Pokemon equivalent of a prehistoric beast like some archaeologist turned mad scientist?

In Sword and Shield, Game Freak leans more heavily into “there was a reason these Pokemon went extinct” vibe than ever before by stressing the reasons why each fossil Pokemon didn’t make it to modern day Galar; in the case of Dracovish, even being the apex predator of its epoch couldn’t help it from becoming a relic of the past. According to its Sword PokeDex entry:

Powerful legs and jaws made it the apex predator of its time. Its own overhunting of its prey was what drove it to extinction.

That’s right. The reason Dracovish went extinct was because it was too damn good at what it did. And now, thanks to the wonders of modern science — it’s back. And it’s one of the most hard hitting, wall-breaking beasts in Sword and Shield. Fishious Rend, its signature STAB move, hits like a monsoon thanks to the Strong Jaw ability and the fact that it doubles in power if you hit before the opponent.

In the words of Ian Malcolm from Jurassic Park:

“Your scientists were so preoccupied with whether or not they could, they didn’t stop to think if they should.”

I’ve been ready to cop me a Corviknight ever since it was announced this past summer.

The Steel/Flying type combination is one that comes with plenty of prestige, namely because of Skarmory, one of the competitive meta’s premiere physical walls and Spikes users since Generation II.

The Pokemon who “reigns supreme in the skies of the Galar region” continues the proud Flying/Steel tradition with its sleek, sexy stealth bomber/giant raven design, impressive bulk and plenty of staying power. Its Defense might be lower than Skarmory’s (105 base Defense to Skarmory’s 140) but that’s balanced by a higher base HP (98 to Skarmory’s 65).

Corviknight is not only one of Sword and Shield’s most striking-looking Pokemon — it’s also one of the most durable and effective.

Barraskweda may not look like much more than your run-of-the-mill sea fish Pokemon we’ve seen so many times before in previous Pokemon iterations. Don’t tread water lightly around him, however — Barraskewda does its real life counterpart (the barracuda) proud with an impressive Attack stat and downright ferocious base 136 Speed, which is only bolstered to jet-powered, hydroplane levels by the Swift Swim ability.

In fact, Barraskewda is one of the fastest Pokemon in the Sword and Shield metagame, outspeeding the likes of Jolteon, Weavile and Hawlucha. Paired with a Choice Band, it has the potential to hit like a monster with Because of these factors, Barraskewda has been the crux of my aggressive Rain Dance teams. He’s an excellent, albeit much less bulky alternative to the ever prevalent Gyarados.

Impidimp starts off as a little gremlin-looking equivalent to emo Peter Parker from Spider-Man 3 — jagged-bangs, hair-flipped over one eye hairstyle and all. By the time he’s reached his third and final evolution, Grimmsnarl, he’s morphed into a musclebound Green Goblin fused with a Venom symbiote comprised of ink-black, tentacle-thick hair.

Grimmsnarl has a cool design, interesting Dark/Fairy type combination and a diverse movepool; it’s his PokeDex description that truly seals the deal, though:

With the hair wrapped around its body helping to enhance its muscles, this Pokémon can overwhelm even Machamp.

Well, damn. No easy feat, considering Machamp’s PokeDex entries have revealed one of its four arms can move mountains (Pokemon Yellow) and can “launch a flurry of 1,000 punches in just two seconds” (Pokemon FireRed).

Which new Pokemon from Sword and Shield is your favorite? Sound off in the comments.