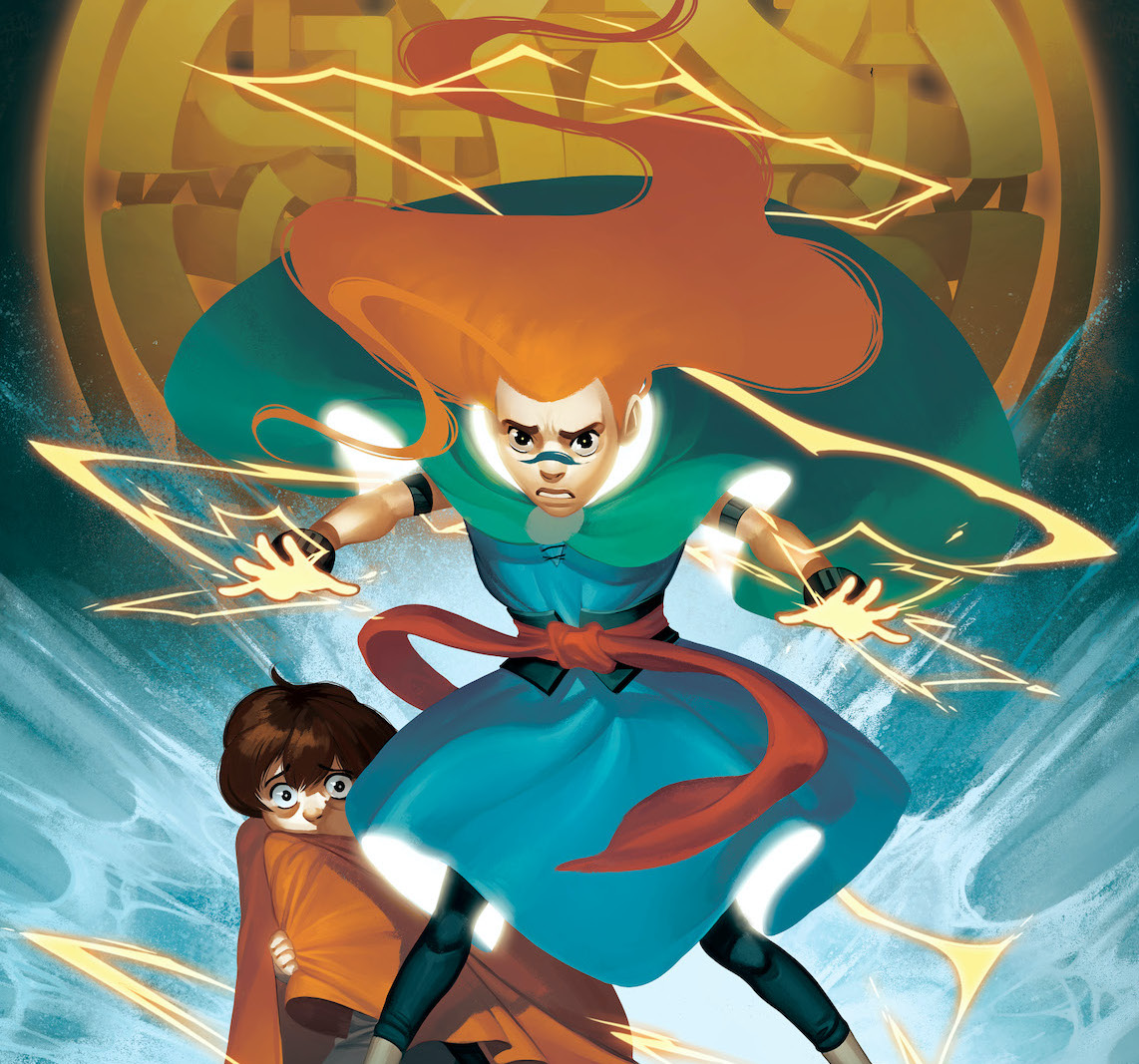 BOOM! Studios has been very successful writing kid’s comics — Lumberjanes and Giant Days from their BOOM! Box imprint are some of the most beloved comics of recent years. Trying to continue the success, writer Conor McCreery and artist V.V. Glass bring us The Last Witch.

It’s hard to describe this series because so little plot happens compared to the overall series longline that I won’t be able to say much of the plot. In #1, we’re introduced to a young girl, Saoirse, who’s traversing the dangerous woods with her little brother. Her father forbids them, but those darn kids just have to explore, and when danger arrives, Saorise has to take the lead in surviving.

Overall, this is a perfectly solid, charming YA comic. The characters are pretty straightforward and one-dimensional, but that’s acceptable for a kid’s comic and because this is just the first issue.

My main problem is: The Last Witch is boring. And if I’m bored, I’m not sure how kids will fare.

Most all of this first issue is dialogue, which isn’t inherently bad, but it’s mainly exposition delivered in humdrum environments. For most of the comic, we just listen to other family members tell Saorise what and what not to do.

On top of that, the pacing is dragged down by excessive action panels. The little brother character, Brahm, is supposed to be sleeping because his sister gave him a sleeping tea. But it takes McCreery and Glass a whole page to show Brahm drink the sleeping tea and spit it out, only to reveal it’s just water. For such a minor plot device, the creative team wastes page space to convey tiny details. So by the time we get to the end, it’s like: “that’s it?”

I would go into the lackluster world building, but there’s so little plot, I feel like it would be unfair. Would it be fair to judge a book’s imagination by just reading the first page? Because so little happens here, it feels like I merely dipped by toes into the proverbial waters.

Perhaps this issue would read better or smoother if the art was stunning, but Glass’s work is merely passable. It lacks a striking or unique (for lack of a better word) quality to make it truly stand above the hundreds of other YA comics out there. The art is fluid and there’s a comforting quality in the simple line usage, but the compositions are flat and the backgrounds are generally sparse. Even more straightforward and mundane are the colors by Natalia Nesterenko.

There could be a great, complex, exciting series with The Last Witch. But the first issue shows a lack of detail, stakes, or compelling artistry. Maybe these qualities seem too incidental for kid’s content, but there’s a lot of great media for kids to consume that’s exceptionally made, and I think they deserve better.

‘The Last Witch’ #1 review
The Last Witch #1
There could be a great, complex, exciting series with The Last Witch. But the first issue shows a lack of detail, stakes, or compelling artistry. Maybe these qualities seem too incidental for kid's content, but there's a lot of great media for kids to consume that's exceptionally made, and I think they deserve better.
Reader Rating0 Votes
0
It's not offensive in any way, and it could read better in collected TPB context?
Acceptable YA art
One-dimensional characters
Pacing drags to the point where little plot/story happens
Too much exposition/dialogue
Passable but unchallenging art
4
Meh
Buy Now
Comixology/Amazon